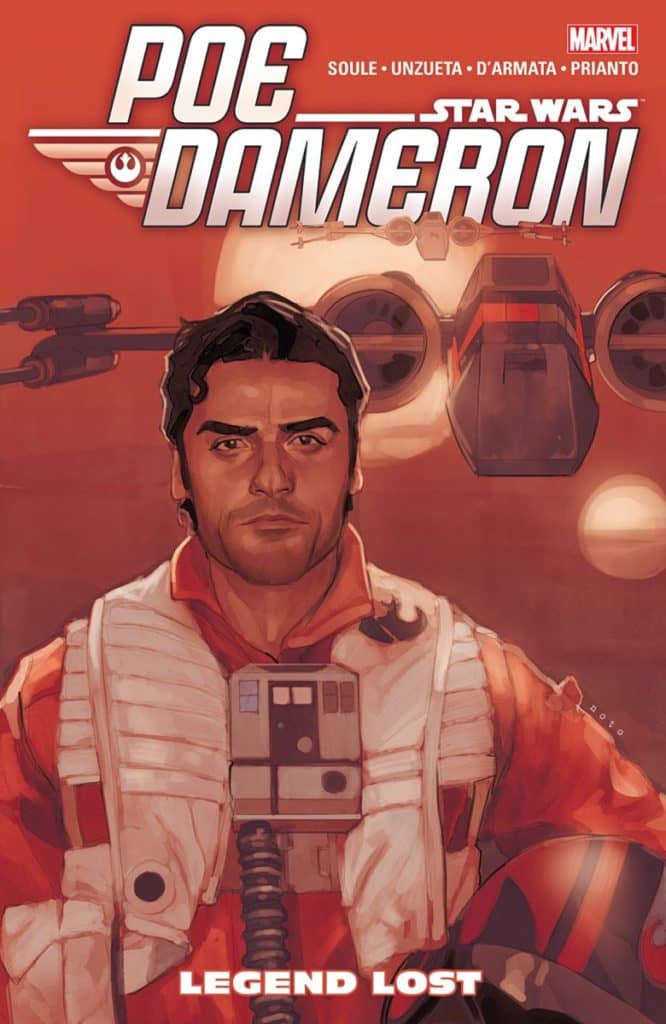 It's a sad day for Poe Dameron and the Resistance, as they mourn the loss of a fallen comrade. But their fight is far from over - the First Order must be stopped! And Captain Phasma knows just how to get Terex to toe the line. Follow the continuing the adventures of the galaxy's greatest pilot!

Ha! I figured it out. This is where they put Issue #7 which makes sense when you think about it overall. I’ll sit here and wait while you read that review…

S0 I get why they put it in this collected volume. Suralinda will make another appearance, but there are things that happened at the end of the last issue that are important, that make this volume start with some serious weight and I’m not sure if I like her stealing that spotlight. However you’re talking to the woman who has a hard time imagining rereading Star Wars and Star Wars: Darth Vader without them together in publication order. There is a funeral, and I think Poe’s talk really emphasizes just how much the rebellion truly is his family. Leia calls Poe a pet name and goodness I love their relationship.

It’s not just their relationship that I like, but also all of the characterization of Poe. Poe as a reluctant leader for instance. I also like the insight into the status of the rebellion. Struggling with supplies makes sense, but it’s not something that blockbuster movies usually have time to cover. Conflicts that harken back to certain 90’s action movies. Hilarious probabilities, cheek pinching. Sure we start this collection with a funeral but it definitely has some good laughs including “The Great Destroyer”.

Suralinda reappears in the last two issues and when she said that she would do anything as part of the resistance she meant it. I like the idea that they have to try to win public opinion. If everyone thought they were right, well it wouldn’t be a resistance. Commander Malarus is terrifying on so many levels to me. Ben is usually the one who gets excited about spotting specific types of ships but I’ll admit I got excited to see a Y-wing in the resistance. They talk about the two sides of the story here, and I think it is interesting because there are the two sides of the war, but there are also the two sides of Oddy’s story.

When I think about the Poe Dameron series I struggle to remember sequence or individual issues because I feel like the story is so cohesive.