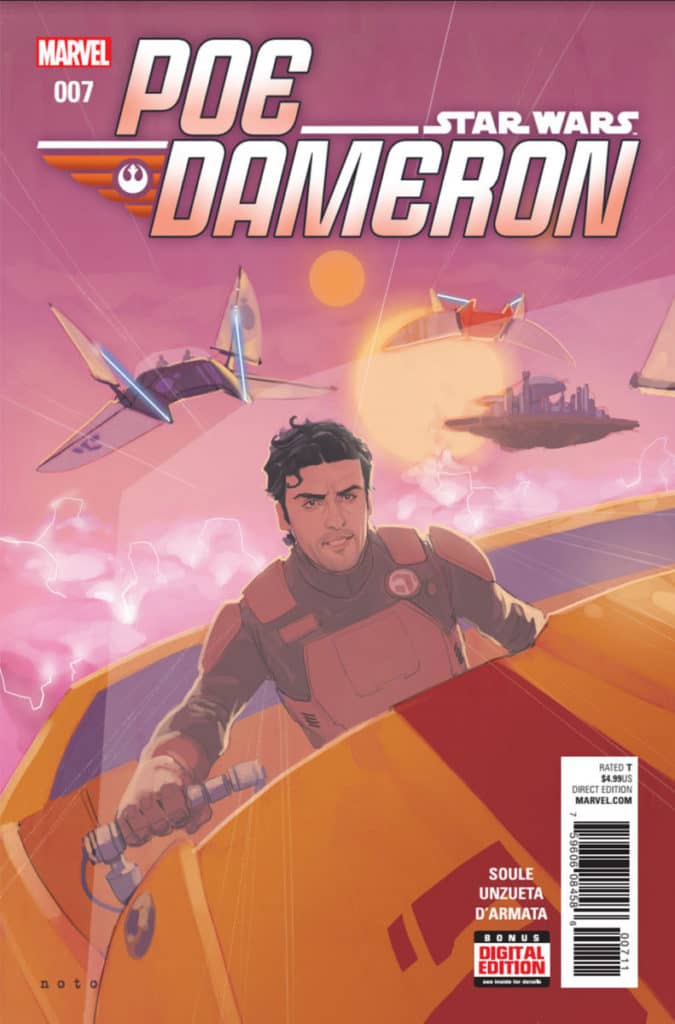 Even Resistance soldier Poe Dameron deserves a day off to meet an old friend.
But what happens when that old friend is the famed journalist Suralinda Javos with a secret story on the evil First Order?
Mayhem ensues when Poe and Suralinda find themselves trapped with a giant First Order target on their backs!

So super weirdly they decided that this issue should be in neither Volume 1 nor Volume 2 of the Poe Dameron trades. (Some listings are unclear.) So I decided I would give it, it’s own post to be fair.

There is one thing that will always exist and that is news. Town criers, news papers, radio, television… the Star Wars universe has often lacked that perspective. I’m sure media played an interesting role in the Empire. Suralinda Javos, former navy and current journalist is an old friend of Poe Dameron. (I love her outfit by the way.) Suralinda is an investigative journalist no less. She is after a story, but she ends up with a different one. I will give one spoiler, she does show up.