The Magician’s Nephew by C.S. Lewis 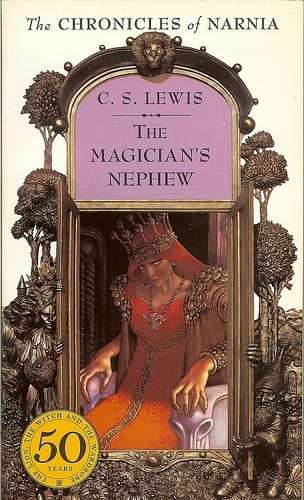 I can never seem to think of a book with a nice uncle in it. A wanna be magician and two children unlock the magic of traveling between universes but in the process they awaken something more evil than they could have ever imagined and her name is Jadis. Uncle Andrew though the instigator is mostly just a coward, while the children have nothing but heart. I have to love that Polly is the sensible one, it is always the girl, but Digory is the epitome of the flawed but valiant hero. This unlikely bunch along with a cabby and his horse witness Aslan’s creation of Narnia and are then forever tied to it’s fate.

The Horse and His Boy by C.S. Lew