The Horse and His Boy by C.S. Lewis 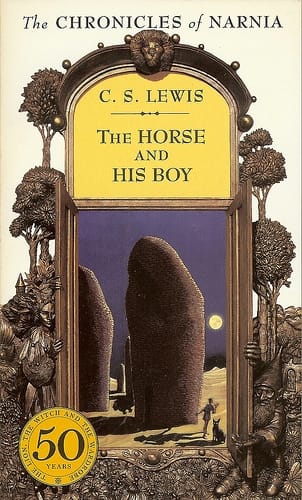 The Horse and His Boy by C.S. Lewis
Series: The Chronicles of Narnia #3
Format: Paperback
Goodreads

Definitely not as well known as others in the series, but it definitely ranks as a personal favorite. Set during the time when Peter is High King it only briefly overlaps with the lives of the Pevensies because the four that make up this strange party are all in Calormen when their tale begins. We begin our tale with Shasta a northerner exploited by the man who saved his young life, but when joined by a captive Narnian talking horse an escape plan quickly forms. Aslan guides the odd pair as they pick up others along the way and in the end home is something much more than a place to sleep at night.

The Magician’s Nephew by C.