Harry Potter and the Chamber of Secrets by J.K. Rowling 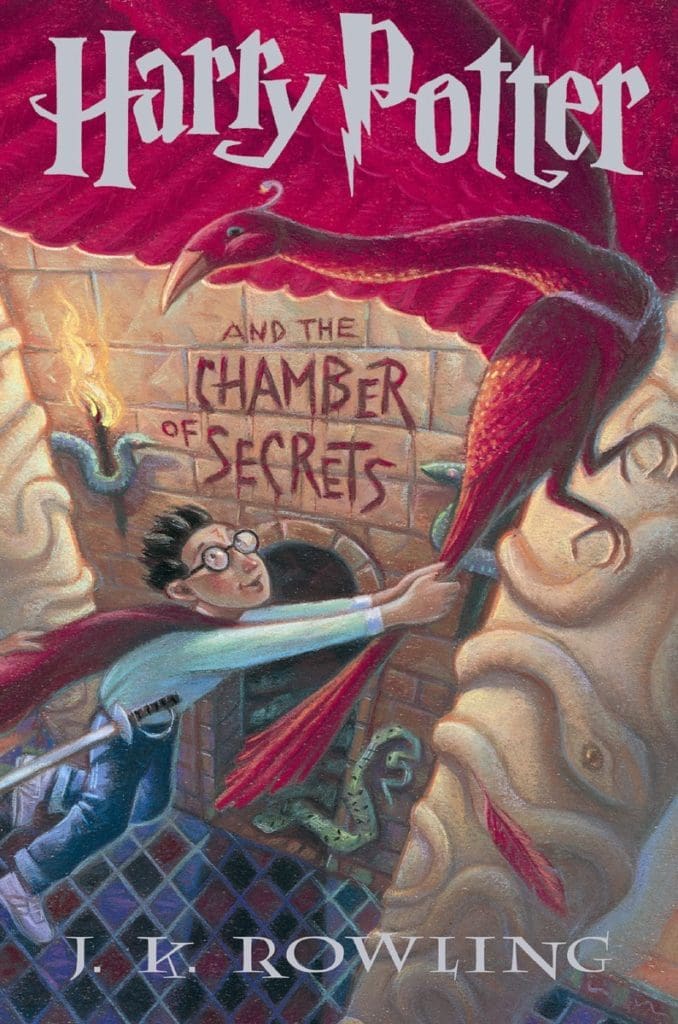 And another one bites the dust. (It’s kind of ridiculous how often I get that song in my head.)  One death fifty years ago, but this book used to seem so scary.  Such a contrast to some of the things that happen later in the series.  Some people worry when we have books where the protagonists age so much over the course of a series; it’s one thing when the books are being released but its very different when the brand new reader today reads them all in a month or less.  Personally I think it depends on the series (Twilight I will admit I felt like the last book was quite the leap from the rest of them) for example I think a reader can mature a lot as long as the characters are progressively maturing.  Sometimes I would start a book baffled by something, but usually by the end of the book I was caught up with the protagonist.  I always read books about characters older than me (well until I became the adult reading YA) and maybe that is part of why I’ve always had a higher maturity level.  I keep talking about me instead of the books.  Harry does some stupid things, but he usually has pretty good hindsight, which means when he learns his lesson so does the reader.  It’s easy to think of Voldemort as nothing but evil, but I always appreciate the fact that even if it is only a little bit the reader can have sympathy for Riddle. I dunno, the car might be my favorite character in this volume.

Harry Potter and the Deathly Hallows<

Harry Potter and the Goblet of Fire