The Inquisitor’s Apprentice by Chris Moriarty 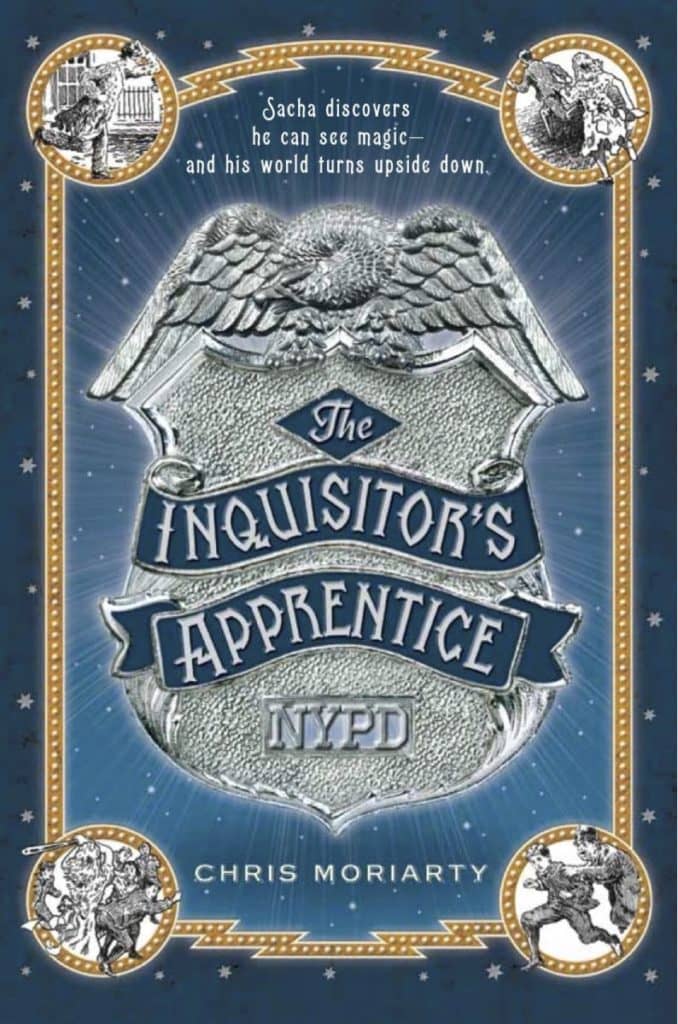 So the scheduled release date for this is October 4, 2011!  You know what that means I have finally dived into my ARC pile from ALA, which is terribly exciting but also terrible news for my homework.  It is set in turn of the century (circa 1900) New York but not exactly the one we learned about in school.  This world is filled with magic.  Sasha’s life as a thirteen year old Jewish boy with parents who immigrated from Russia living in tenements with the whole family squeezed into one room of a two room apartment trying to squeeze out a living from the terrible factories.  Then Sash realizes he can see magic and he becomes apprenticed to the most prominent Inquisitor, Maximillian Wolf. Sasha is then thrown into a whole side of New York that he never knew before.

The first few pages I definitely had an “eek! Yiddish!” moment but after that brief immersion moment I was relieved to find that Moriarty only used the words where their meaning could be understood in context.  There are also a range of historical references to people and places with many of them slightly changed.  I think this showed me just how much time Moriarty spent thinking about this alternate history.  No, the kids reading it probably won’t get all the references but I was about this age when I learned about this period and even this many years later I kind of felt like I was in on a secret when I suddenly made the connection.  Obviously the concept had intrigued me that this was the first ARC I picked up.  I’ve always wanted to see more magical historical fiction that wasn’t just a tiny slip of superstitions being true.  Thus that part alone had me definitely excited.  I don’t know if I’ve ever read a book with a Jewish protagonist before other than The Devil’s Arithmetic.  It’s a lot to introduce a alternate but realistic history, an integrated magical system and a religion that is only vaguely familiar to many readers but she pulls it off impressively.  Also there were definitely hints or more accurately references to a sequel.  It seemed as if there is little doubt.  To me this book seems like an excellent way to encourage a historical fiction reader towards fantasy or vice versa.  I was definitely impressed.