Harry Potter and the Goblet of Fire by J.K. Rowling 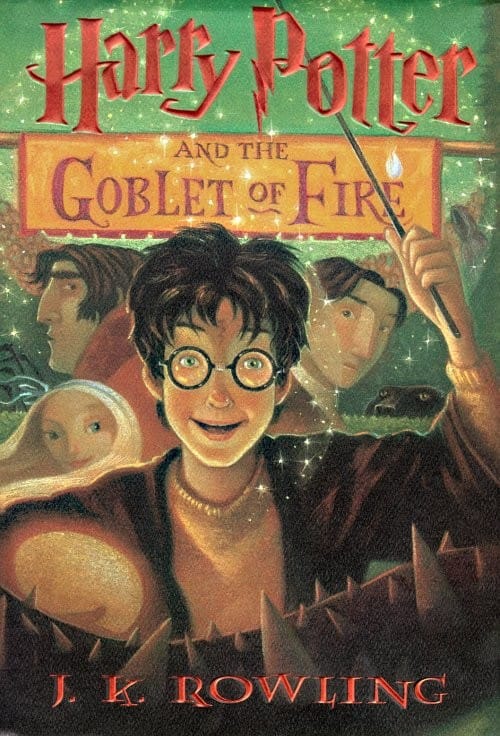 I don’t think that it is just Cedric’s death that makes the stakes leap a few levels for me in this book.  It’s not a complaint, just an observation.  I don’t even think it is just the full corporeal return of Voldemort.  It’s a weaving of the more obvious things, but also things like their general age and maturity.  At the end of the book Harry gives the twins the money telling them people are going to need the laughs and in some ways it is telling the reader to hold onto their hat.  Voldemort is building his troops, but Harry is not without allies.  Okay I do always have this issue of why James came out of the wand before Lily, but I do tend to be the kind of nitpicker that always gets itchy because would he really have not heard of Hogsmeade until the permission slip???  Those are the kind of things that a published author has to live with I suppose.  Anyway off to start year 5 before I completely collapse!

Harry Potter and the Deathly Hallows<

Harry Potter and the Chamber of Secre