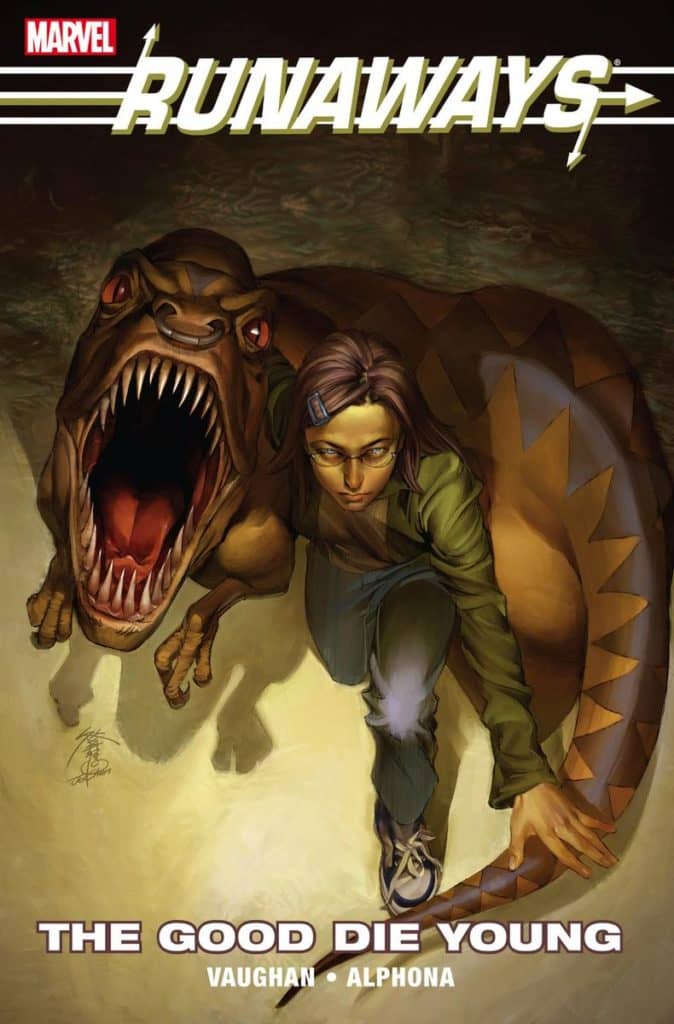 The world as we know it is about to end and the Runaways are the only hope to prevent it! But if our fledgling teenage heroes are going to succeed, they may have to become just as evil as their villainous parents. The Runaways have learned how their parents' criminal organization began, and now they must decide how it should end. As the Runaways' epic battle against their evil parents reaches its shocking conclusion, the team's mole stands revealed, and blood must be shed. Which kids will still be standing when the smoke finally clears? This is the story that changes everything (seriously!).

Young people often forget that once upon a time their parents were also young. This issue to me is when we finally see the man behind the curtain. Which also means we get to see a whole other side of their parents. We’ve always seen more than the children see, but now we have more context. Everything is coming together on both sides, the inevitable conflict is eminent. Our young Runaways have found themselves more than ever. I didn’t see certain things coming. I should have, but it breaks my heart. I don’t think I wanted to know. Really, there are double crosses all around.  The end I did not see coming and I love it for that. This is a story of the family that you choose.  It’s still not perfect but it is yours. These first three volumes make a very nice story arc.