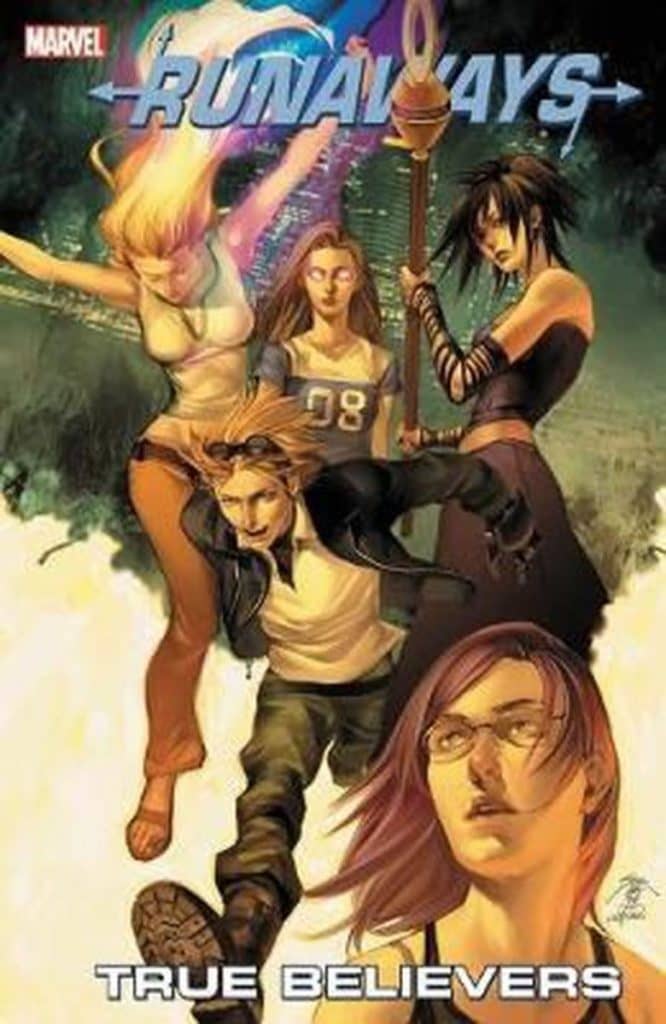 When a group of teenagers discovers that their parents are actually super-villains, they run away from home... but that's only step one! Now that the evil Pride is gone, nearly every bad guy in the Marvel Universe is trying to fill the power vacuum in Los Angeles, and the Runaways are the only heroes who can stop them! Plus: What does a mysterious new team of young heroes want with the Runaways, and which fan-favorite Marvel characters are part of this group?

This is a whole new arc but our same old kids. The first glimpse of the new wrench in the works is a support group for former teenage superheroes. Gert’s parents were time travelers but it didn’t really come into play that much before hand. Now… now it will change their whole course. (Side note: I really want to see their future costumes. I’m sure to have the one destroyed version they at least fully designed that one.) I love the irony of the former teenage superheroes, donning their costumes to try to get other teenagers to stop fighting crime… The never ending cycle of the draw of power. Victor is definitely the mystery of the new arc. There are more familiar faces showing up now.