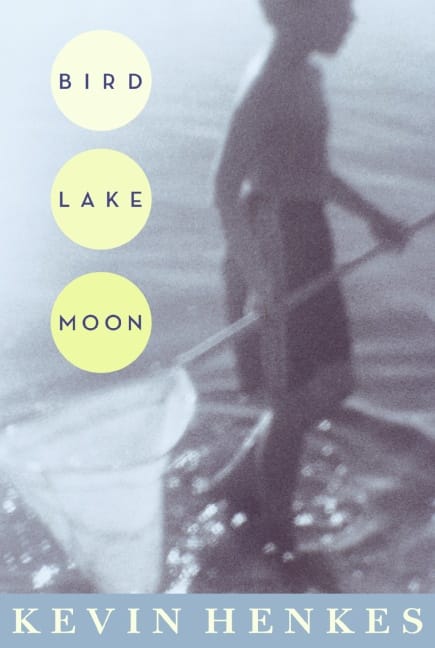 Mitch Sinclair’s world has been turned upside down by his parent’s separation and when he and his mom go to her parents at Bird Lake he begins to fantasize about living in the abandoned house next door until suddenly it is occupied.  Spencer Stone arrives with his parents and little sister at their house on Bird Lake and everyone is nervous because they haven’t vacationed there in eight years since his older brother drowned there.  The interaction between the boys seems pretty authentic especially because they accept that the coincidences seem more like fate.  I’m just not so sure about the ending… did we end with Spencer so there were even chapters?  I almost felt like the last chapter was tagged on because if you ended with Mitch then you were left wondering if he would ever get his chance.  The effect felt much like if you were watching a movie and the producers realize you know how it is going to end and go okay well why keep going.  *Blackout*  Yes I knew how it was going to end but it just fell very flat for me.  I have an assignment about the protagonist of this piece… and I definitely think it is Mitch but then that makes me almost wonder if we spend too much time with Spencer.  Anyway it was very well written it’s just hard when you get turned off at the very end.