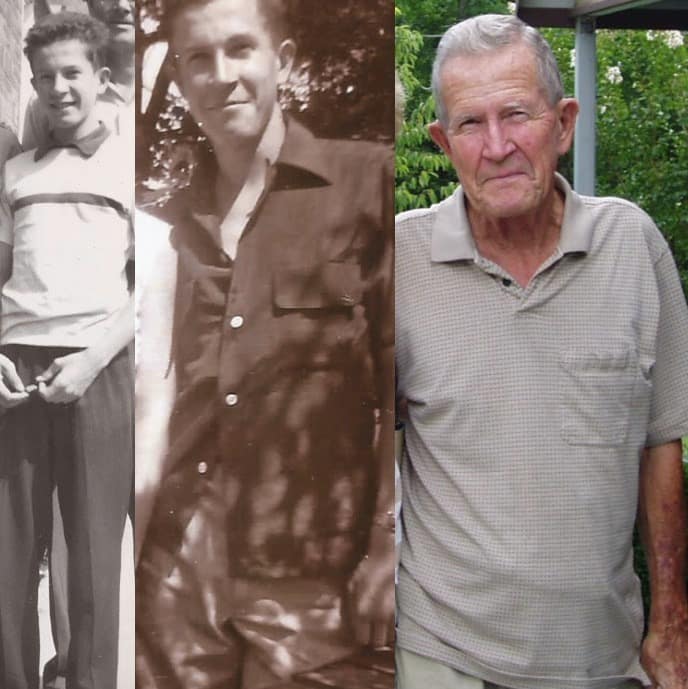 September was a hard month. On September 29th the man I called Grampa passed away. I can’t remember any of my Grandparents working. They’ve been retired as long as I can remember. He was 80. His obituary tells me that he retired 20 years ago, but I just think of him as a card player, golfer and traveler. I never even really thought about what he had done for a living until I inherited some of his drafting supplies for my classes.

He was a good-looking guy. He had a gift for sarcasm. It was hilarious to watch him and my grandmother go back and forth. To me it was always the sign of true love, that they could give each such crap. He built me a custom doll house. He raised three daughters when he was young and spry and then went on to amaze us all by raising one more who is currently 17. He had two granddaughters, my sister and I. He used to joke about being grateful for having his two son-in-laws. The boy finally arrived in the form of a great-grandson.

He was a prankster and a card shark. He was a quiet man. The kind with a group of close friends. He enjoyed life more than almost anyone else I know. I often wish I had known him better but I think he enjoyed a certain degree of mystery. I never realized just how smart he was with money. I remember being amazed at his computer savvy when I was young. I didn’t know until recently that he had a collapsed lung since before I was born. I thought that wiry man would last forever. It is hard to say that I am glad of anything, but I was glad that he didn’t have to suffer and stick around for long. He knew what was happening and was ready. He was himself to the end. I spent the week laughing and crying with mom as she relayed stories, like when the word of the day was “shit” or telling me about him playing Euchre on the iPad and watching baseball.

We often talk about the stories for the Jobe side of the family but we can’t forget the other side. Bill Blakey is not a man to fade into the background.