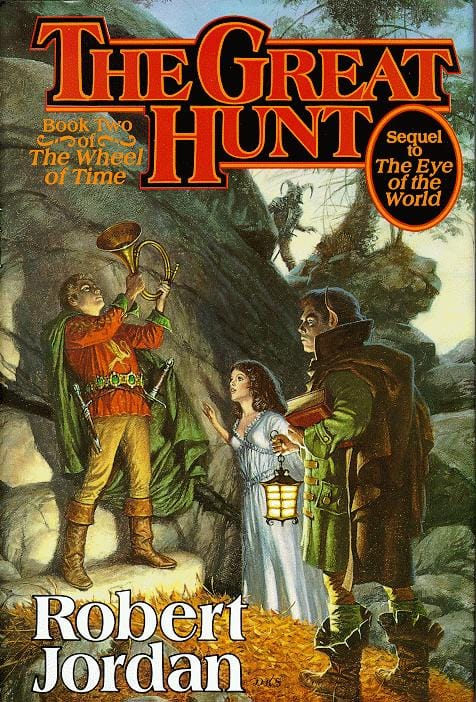 Okay so the plan was to finish then book and then take a break while I am in Materials for Adolescents.  I was almost panting when I had to stop 2 chapters before the end last night and as soon as I got up I finished it.  It’s always tough to write about the rest of a series.  The pattern is weaving itself tighter and bringing people together and making their roles clearer.  I still want to pop Rand on the head now and then but I suppose that is what makes him a dimensional character instead of being just a cliche hero.  I’m getting better with the terminology, though I still constantly harass my dear boyfriend to remind me what the different Ajah colors mean (Though I always remember the Brown Ajah because he says that’s me, the librarian).  I’m immersed and it gets harder and harder to return to reality.  As long as I only read before bed it isn’t cutting into school right?

The Eye of the World by Robert Jo