The Absent One by Jussi Adler-Olsen 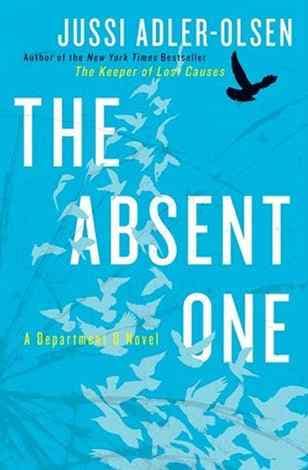 I received this book for free from the Publisher in exchange for an honest review. This does not affect my opinion of the book or the content of my review.

This is a sequel, so the usual warning that there are likely spoilers for the first book is in effect.

Carl just got off of vacation and the pleasant effects are almost immediately gone entering the basement office of Department Q.  Assad has been looking over a case, a case that they shouldn’t even have because  it has a conviction, but someone delivered it to them.  Why?  In 1987 a brother and sister were brutally murdered, a group of boarding school students were suspected.  It was nine years later that one of them, the lowest of them confessed.  Now those that are still around are the top of the upper crust, but with one in prison, one dead, and the one woman living on the streets there is more to this group than meets the eye.  They have protected the art of hiding and Carl is determined to expose them, but is he even sure what he is exposing?

I think it was even better than The Keeper of Lost Causes.  I think partially because I was wondering and asking more questions.  In Keeper there were surprises, things I wasn’t expecting like the why but there weren’t really questions gnawing at me.  Here there are many questions some are answered quickly like who is Kimmie, but others had plenty of time to worm their way into your brain and keep you hooked and wondering.  There are more hints at Assad’s past and at what happened at the shooting in Amager, but they are just drips of water to the thirsty.  There is also a new player Rose, I think Carl has such issues with her because in reality they are cut from the same cloth, prickly and stubborn and unapologetic.

Personal Thoughts: Assad, Hardy, Carl and Rose…  I asked Ben if it was silly that someone so known for being a speculative fiction nerd to be so hooked on this book, and he reminded me that it is not silly because if something is really well written and has really good characters it doesn’t matter what the genre is.  There is no question that I will follow this series until the end.  I finished this book flushed and with damp eyes.  I think because I’ve known the characters longer, that this book was also able to get to me deeper.  It is one of those book where afterwards you sit staring at the cover with heavy sighs muttering “That ending.”

The Keeper of Lost Causes by Juss