The Space Between by Brenna Yovanoff 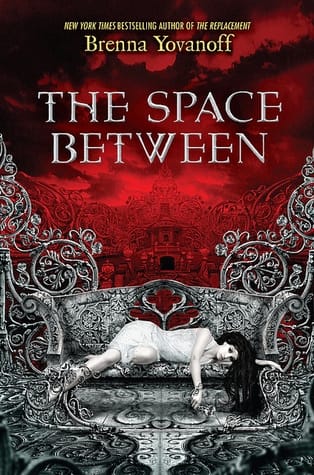 The Space Between by Brenna Yovanoff
Format: ARC
Goodreads

I’ll admit that when I began this book I was expecting it to be maybe okay.  I tend to be wary of anything Christian mythology based, it easily gets either preachy or just utterly not creative.  So I was presently surprised when I ended up utterly devouring this.

Daphne is the daughter of Lucifer and Lilith, the only child of a demon and a fallen angel.  She has never left the city of Pandemonium but when her older brother Obie, son of Lilith and Adam (yes, that Adam), disappears she decides she must go to Earth and find out what has happened to him.  His last charge was a half demon named Truman who made it all the way to Hell before being saved.  Demons and angels have their own politics and Daphne’s mission does not make anyone happy and no one can be trusted.

That was a terrible summary but I think part of why this book surprised me so is because it is impossible to really summarize and it defied the expectations set by the simple summary.  I think the fact that the fate of the world was not at stake is part of what made this book a success.  This wasn’t about the fight for all humanity, it was about the struggle for humanity in the individual.  That is so much more relatable.  I didn’t expect to like Truman but I ended up adoring him.  Daphne and Truman both grew up a good deal.

There is romance.  I’ve decided to stop fooling myself and admit that I love me some romantic moments.  I still can’t do all romance or instant romance.  This was done well there was a bit of a love at first sight kind of connection but well I think it worked.  I don’t know why but I didn’t question it.  Extraordinary circumstances made it more believable I suppose.  I also think part of it was Yovanoff built up the romantic tension so well.  Really she built up all of the tension so well that I was just as surprised as the characters when things changed.  I was very pleasantly surprised by this book.