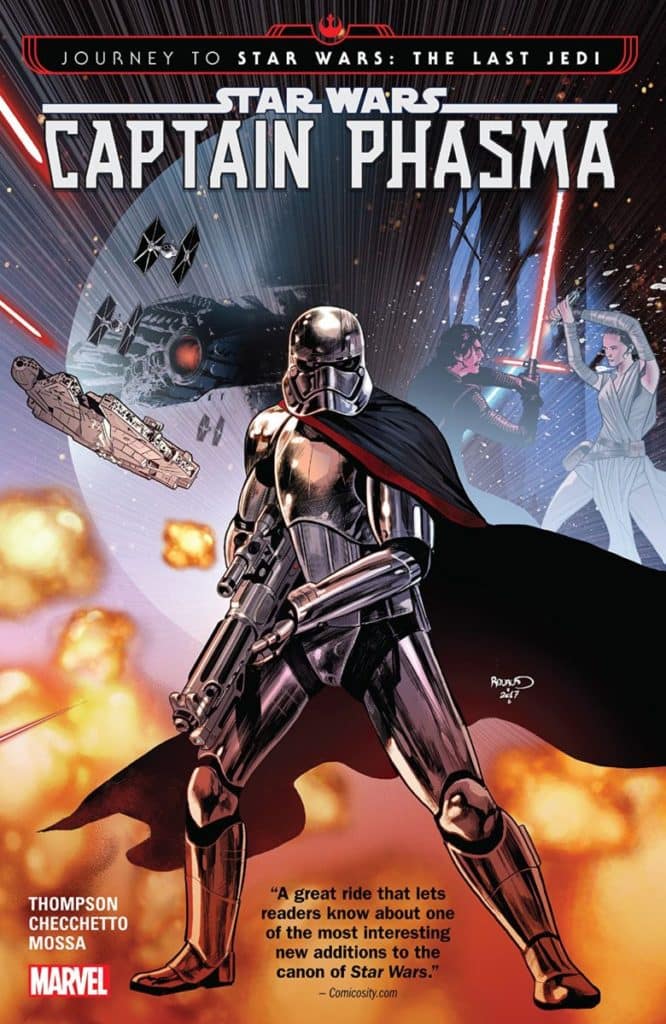 What happened to Captain Phasma after Star Wars Episode VII: The Force Awakens? Writer Kelly Thompson (HAWKEYE) and artist Marco Checchetto (AVENGERS WORLD, PUNISHER, GAMORA) expand Captain Phasma's story and reveal how she escaped the destruction of Starkiller Base. It's the stunning lead-in to this winter's blockbuster big-screen Star Wars film, and everything you need to know is right here!

Thus was a “Journey to” title in this case to Star Wars: The Last Jedi. It picks up where we left Captain Phasma at the end of Star Wars: The Force Awakens in a trash chute. The exploding building allowed her to escape. Captain Phasma is not the perfect soldier that she might seem. She will break the rules to cover up her mistakes. This volume adds humanity to her in more than one way. Not only does it show her fallibility but also her ability to connect to someone though not those you would expect and in the end she is still very much the brutal character you suspected.

I also like that we continue to expand the diversity of the universe. So many planets with so many things to discover. I really liked the character of Pilot. The people who aren’t Finn but aren’t Captain Phasma either. There was a debate in my house last night about new designs versus old designs. The conversation was about ships, but I think my thoughts on it are pretty consistent across the board. I love to see new diversity even if not all of it is pretty.