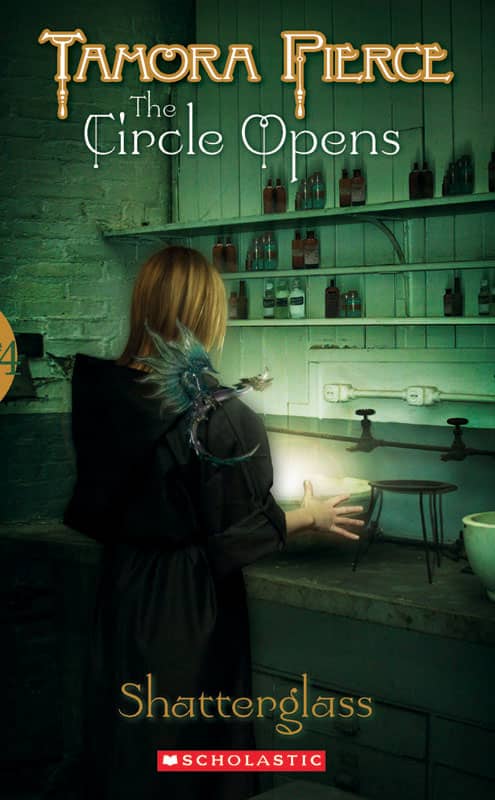 Kethlun Warder was a gifted glassmaker until his world was shattered in a freak accident. Now his remaining glass magic is mixed with lightning, and Tris must teach him to control it (if she can teach him to control his temper first). But there's more at stake than Keth's education. With his strange magic, he creates glass balls that reflect the immediate past and expose the work of a murderer. If he can harness his power properly, he'll be able to see the crimes as they take place. Keth and Tris race against time, and the local authorities, to identify a killer who's living in plain sight.

Goodreads
This is the last of this series. We have come to Tris. She and Niko seem to be in a place with much bigger culture shock than anybody else’s travels. The extreme emphasis on cleanliness and the ranks or classes that the people are divided into is disturbing. There are parallels with serfdom but the more frightening parallels. You can see our own modern divisions between various classes. This place makes Tris firey and righteous. Tris’s student is also more difficult than the students of her “siblings” because Keth is a grown man. He was already well on his way to a career so this new magic is even more of a disruption to him, but their struggles in education seem small relative to what occurs around them. The murders of the lower rank citizens and how they are handled by the city make the inequalities all the more angering. I think it is part of why I was slower this one, I had to stop because I wanted to shake people. This book makes me realize that Tris has possibly grown more than any of the others. She was the roughest, with the most power and the most anger. She had the farthest to come. She deals with a grown person and a young person both so well. She is so dangerous. I still have a hard time relating to her but I enjoyed what I saw of her more so in this novel. I’ve always been curious about Niko’s history and this novel just made it worse because there are less familiar people around so you expect more time with him, like you got with Rosethorn in Street Magic but you don’t actually get that much more time with him. The ending was not really at all what I expected, which is a good thing. Serial killers are always interesting to me. I honestly have no idea what the next book, starting the next series, will bring.