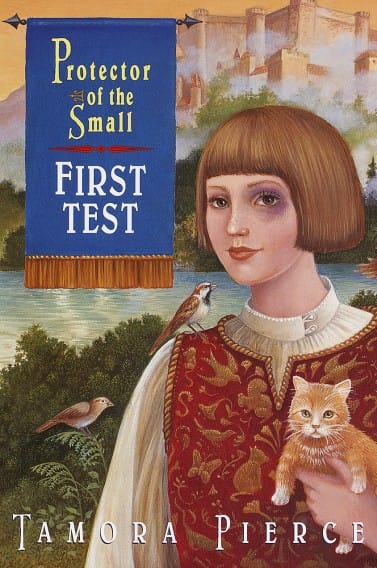 Keladry of Mindelan is the first girl to take up King Jonathan of Tortall on his offer for girls to try to become knights.  Raised in the Yamani Islands Kel has issues adapting to Tortall society especially when Lord Wyldon gives her a probationary period that she finds unfair.  Kel is driven by a desire to protect, as the series name states, the small whether they be small animals or small pages.  Though the invitation was extended for girls that does not necessarily mean people will accept it.  For the first time since Alanna’s adventures we really see the ripples caused by the actions of her Jonathan and Thayet as they affect Tortall and in particular Corus.  Kel is particularly lovable for her straight forward approach to everything.