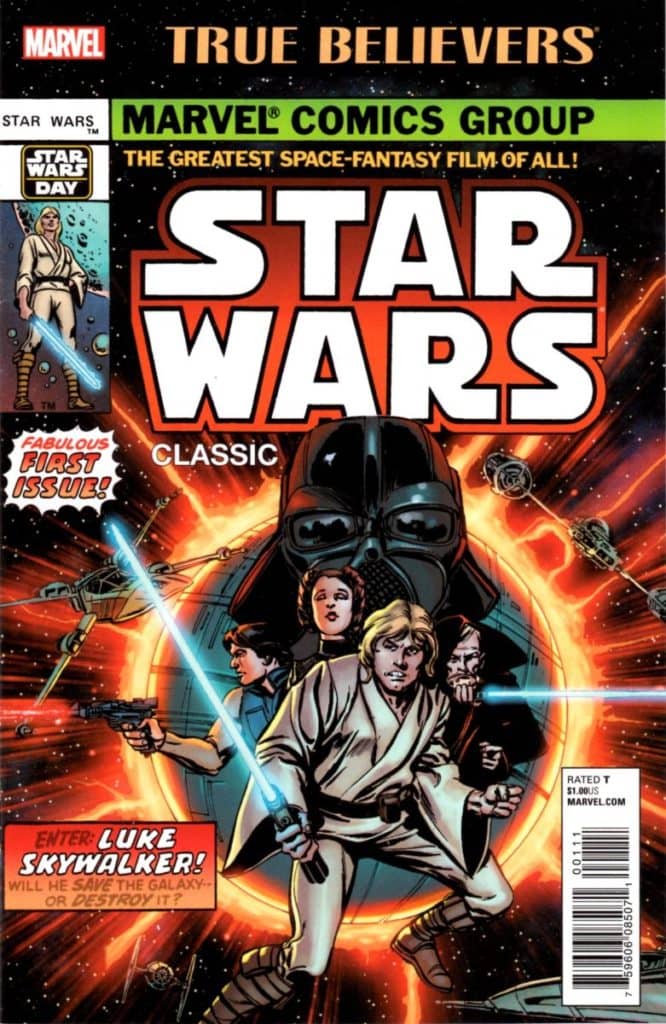 It's the adaptation of A New Hope! Meet Luke Skywalker, Princess Leia, Obi-Wan and the villianous Darth Vader!

The art of this era is a different matter entirely but I think I find it easier with Star Wars because I already know the cast. This follows the story of the first film but with additional scenes and such. For instance we get a visit from our old friend Biggs, which are actually deleted scenes I believe. I feel like Peter Cushing’s Tarkin is the character best captured by the artist. I feel like it is different now, to go back and look at young Luke, knowing how he ages. It’s like when you watch the prequels and can’t help but think about how Obi-Wan becomes that old man in the desert. Young Luke is a rebellious teenager, a child. He wants to join the Rebellion but he doesn’t really know what that means. He could have ended up living out his life on that planet as a moisture farmer and what would the world have looked like then? This issue takes you up to his running into the sand people (speaking of creatures I looked at differently after the prequels).