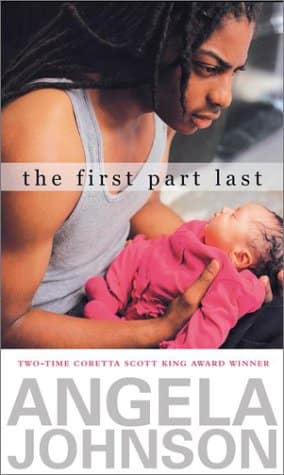 2003, Bobby is 16 and in his senior year of high school.  He and girlfriend Nia are both focused on life and looking forward to college until she gets pregnant.  The telling alternates between then chapters that start with her telling him she is pregnant on his 16th birthday and end shortly after her birth and now chapters that start shortly after her birth and well I won’t tell you where they end.  This was assigned for a romance project, but honestly it doesn’t fit.  This is a book about love but family love and hard decisions.  For just 131 pages it packs quite the punch making you ask questions leaving you to wonder and then in the end leaving you with hope.  I didn’t cry but I mostly attribute that to the fact that I was multitasking.  It’s powerful and I just realized that though I knew she had more books I did not realize this was part of a series.  It definitely stands on it’s own two feet with no need to have read the first book, but maybe I’ll get there in my free time.  Someday.