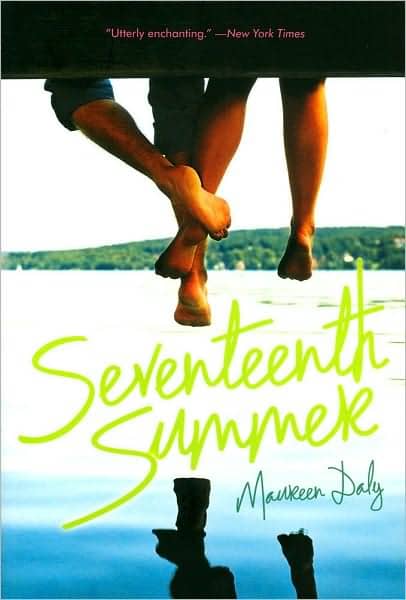 The year is 1942 (actually the copyright year so thereabouts) and Angie falls in love with Jack.  Maureen Daly was in college when she published this and I do think that she portrays the teenage feelings well, but it seems hard to get around not just the radios and house phones and letters, but also the country club dances, getting a coke at the drug store and a ton of other activities foreign to your average teen.  In some ways I enjoyed the blast from the past but I was left wanting.  Maybe I read to many boy books, but nothing happened!  I kept expecting Lorraine to get in trouble with Martin or Angie to break away from tradition.  The biggest hurdles are he makes noise when he eats ice cream and that he is moving, but with the giving of the class ring you are lead to expect they will prevail even though he moves!  It probably doesn’t help that what some people read as a small paperback I had a copy that made it seem quite large!