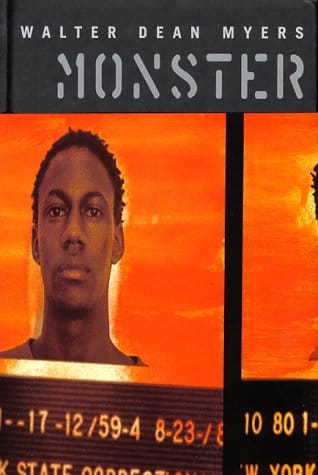 Steve Harmon is 16, black and on trial for felony murder.  They say he was the lookout for a robbery that went bad.  The story is told in the unique format of small bits of Steve’s journal along with the story as told through a screenplay written by Harmon.  There are some flashbacks but the main text follows the courtroom.  My personal opinion… scripts are not meant to be read.  I have a BFA in Drama and a minor in English.  I have read a lot of scripts and they were created to be performed not read.  Now Monster was created to be read but I still feel like the same issues are still there and so it was like pulling teeth to me.  Don’t get me wrong it is a story that needs to be told but I would have preferred full journal or anything other than a script.