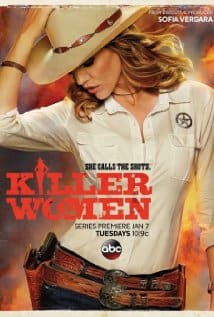 I watched the entire season last night. I tore through it. Molly Parker is a rare beast, a female Texas Ranger. She is trying to get a divorce from a Senator, and is back living with her brother, his wife and their two girls at the family ranch. I loved the show. I had actually added the show to watch on Hulu and didn’t realize that Tricia Helfer was the main character until I started watching it, then I was extra excited. I felt like they did a decent job with firearms, I was impressed when the way they blew up the propane tank actually made sense. A good character quirk can make a big difference. Molly’s is that she steals food. Her boss, whoever, she is a snitcher. It is hilarious to watch. She is deadly but she is also a bit of a softie. The balance is really well done, how well she hides that she cares. Yet this show has already been cancelled. Actually they cut short airing it. They filmed 8 episodes. They aired 1-5 then 7. Hulu does have all of them but they are in air order then 6 and 8 so it is a little annoying. While I really enjoy the show I have a couple of nit-picky things that I think might have contributed. Men don’t like to hear about abused women, I thought her situation was handled well but was amazed at the comments from male viewers who didn’t like that thread. I think her love interest is good. It made sense, it made me squee. It was well done but I think they pushed it too fast, I liked that they already knew each other but it peaked so quickly. I like the concept of killer women, but when the bad guys are always women it becomes a bit predictable unless you introduce enough women that there really is a question of who might be the one responsible.  That last one was the only reason I had a hard time imagining the show having a long run. I recommend it. Though make sure you watch the episodes in order! They do suggest a continued story for the next season but at the end everything is somewhat settled.