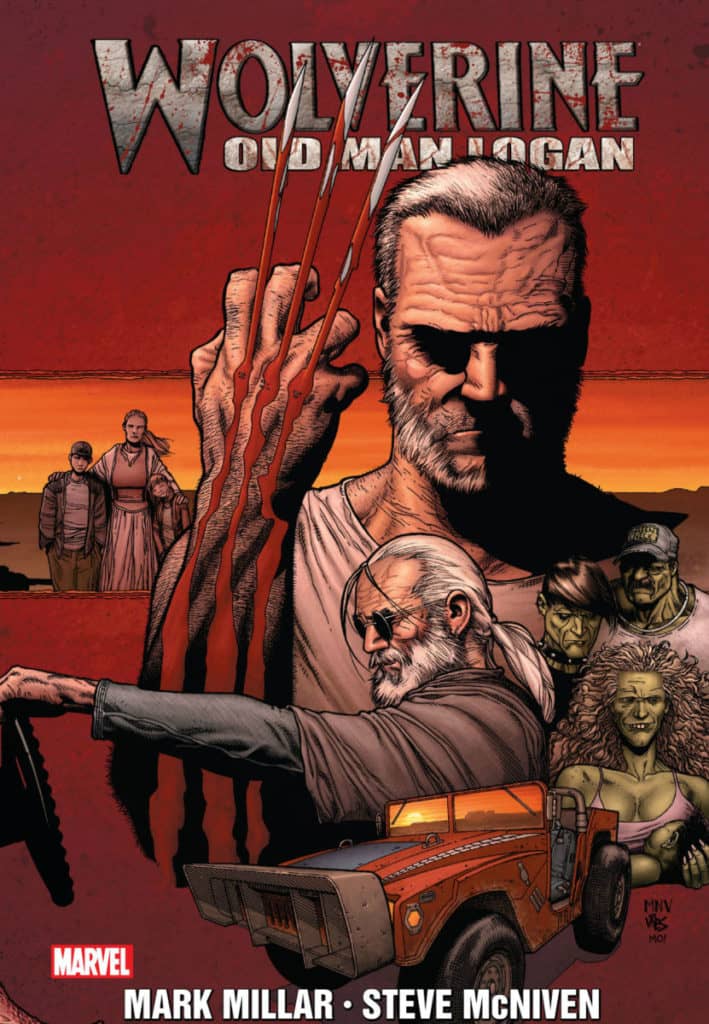 Mark Millar and Steve McNiven - who last teamed for the monumental Civil War - bring us the most important Wolverine story of the 21st Century. Nobody knows what happened on the night the heroes fell. All we know is that they disappeared and evil triumphed and the bad guys have been calling the shots ever since. What happened to Wolverine is the biggest mystery of all. For 50 years, no one has heard hide nor hair from him... and in his place stands an old man called Logan. A man concerned only about his family. A man pushed to the brink by the Hulk Gang. A man forced to help an old friend - the blind archer, Hawkeye - to drive three thousand miles to secure his family's safety. Get ready for the ride of your life, Logan!

This is one of those stories that I kept hearing about but I was worried that I didn’t have enough context to understand it. It’s actually a great stand alone volume, the exact kind of thing we look for in Comic Book Club. Anyone that’s watched anything about the Avengers knows the key players of our cast. There may be some unfamiliar faces but being 50 years in the future most things require a little context. We read this book in anticipation of the release of the film Logan. (Yes I’m still that behind on reviews… shhhh) There are significant differences but you can definitely see where Logan takes its cues from this book.

There is no more Wolverine, now there is just Logan, a farmer with a family trying to live a quiet life in the apocalypse. Then of course things happen, you’ve got to pay the rent somehow… I won’t spoil things but there is a road trip for the ages. It is amazing the amount of things that happen in this book. There is betrayal and heartache and blood. In the end there is even a little hope. This isn’t the Wolverine you’re used to, but I still absolutely enjoyed this book. There is probably a certain irony in the fact that the only actual Wolverine books I have read are this and Wolverine: Origin, what feels like a million years ago. I would say I have a thing for beginnings and endings but this isn’t an ending at all.