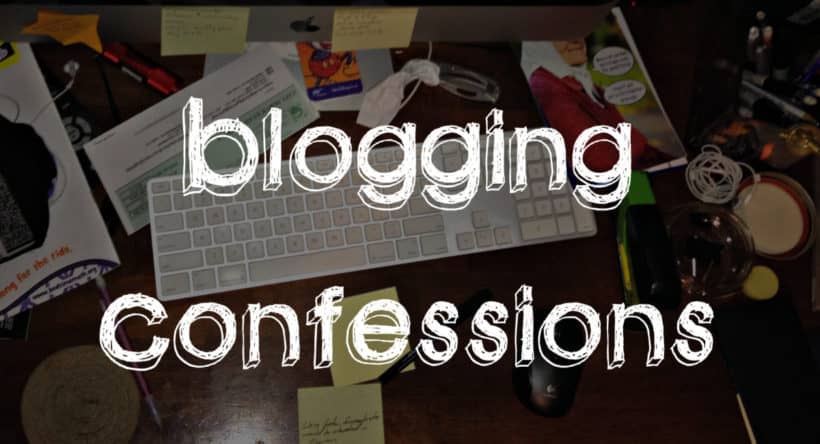 1. ARCs – I still have a few ARCs from ALA 2011 that stare at me with resentment from the dark corners of my bookshelves.

2. Social Media – I honestly think I am terrible at social media. Sometimes I have fun being on it more for a day here and there but I just cannot seem to stay active.

3. Full Time – There are times I daydream about if I could blog full-time but I know I chose the wrong blog topic for that. I don’t have the capital to turn into an organization or home blogger because you have to do all the projects, get the following, then you might be able to start making money.

4. Photoshop – I really really think it would be to my advantage to have photo shop for making images for posts about multiple books or other topics like the house, but that requires money and patience.

5. Stream of Consciousness – I cannot stop writing this way. When I write fiction I can go back and tweak after a while but with my blogging I just really can’t stop the stream. I contemplate being consistent with the order in which I discuss the aspects of books and making sure I hit certain points with all books and then it all flies out the window and I just started writing like I’m talking.

6. Stats – I hate looking at my stats with a passion. I think it is partially because I still really don’t speak the language, unless the only phrase my stats know is “you suck.” Most of the time they reinforce my assumption that my mother is the only one that reads anything here. I don’t know how to use them to figure out what I am doing wrong. Actually I realize that they aren’t that bad, I just struggle to make them better.

7. Comments – This is in the same line as #6. No one ever comments. Okay they do but in almost 7 years of blogging I have 88 comments. Oh wait 14 of those were me responding to people to try to get more interaction so really only 74 are other people! 5 of those are my dad and 3 are mom. Even my most loyal reader has only commented 3 times! /dies

8. Topics – There are times when I consider posting about anything and everything: politics and lack there of, religion and lack there of, but I worry that it would scare off the few people who occasionally venture into my little world. I hate offending people. I’m not big on bloggers who post their ideas as facts. I want topics that create more of a conversation but I want it to be a good conversation and I don’t know what to say or HOW TO GET PEOPLE TO COMMENT (see #7).

9. Organization – I really do try to be organized. I am great at organizing things and other people and things with groups, but when it comes to organizing myself I have a much harder time. I was severely tempted to give you a picture of my exploded desk but I just couldn’t bear it. I’ve tried paper planners. I recently got a post calendar plug-in. I had a Google Calendar for a while. I still haven’t found the perfect balance. I still think paper will be the eventual answer. At one point I started making a notebook based off some ideas from IHeart Organizing.

10. Other Blogs – I read a lot of other blogs but I hardly ever comment on them. (Double standard I know.) I just hate commenting unless I feel that I have a valuable contribution to make and I never really feel like I have something to say that hasn’t been said already. I want to have a discussion but even on the internet I am still a socially awkward person.

“These go to eleven.”

11. Experimenting – This is really the antithesis of some of the others so I don’t feel like it really counts. I am constantly experimenting. I tweak my own CSS. I fell in love with the Ultimate Book Blogger plugin and think it is some of the best money I’ve ever spent. I toy around with different ways of scheduling social media. Right now I am on the trial period of CoSchedule and I think I am going to commit. It would be my first recurring investment but so far I really really like it. Leaps and bounds more than anything else I have tried. I am contemplating applying to be an Amazon Associate now that North Carolinians can be. I’m also trying to figure out a good way to keep my tabs easily accessible at home so it easy to just hop and do stuff but not leave them open all the time because the sheer bulk makes Ben look at my computer in agony. I’ve also been wanting to be more visual so today you get my attempt at a graphic using Ribbet (which I am so glad exists, I was terribly upset when Google killed Picnik) and yes that is my terribly messy desk at this very moment.

Do you think I missed anything? Do you think something is silly or do you totally get some of them?