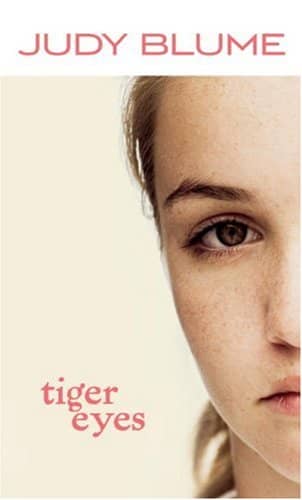 Davey’s father is shot and killed in his store in Atlantic City.  The family struggle to returns to life and so her aunt Bitsy and her uncle Walter sweep them off to Los Alamos.  Davey meets a young man who calls himself Wolf and he talks about her sad tiger eyes.  Not only does Davey struggle with grief but she also deals with making new friends, finding herself and even dealing with a friend who is verging on being an alcoholic.  Copyright 1981 and I’ll admit that cover makes me want to run and fear but the copy I hold got a shiny new cover in 2009 and I think even with a bit of cassette tape and 80’s pop culture it can still be  a relevant read.