The Crystal Cave by Mary Stewart 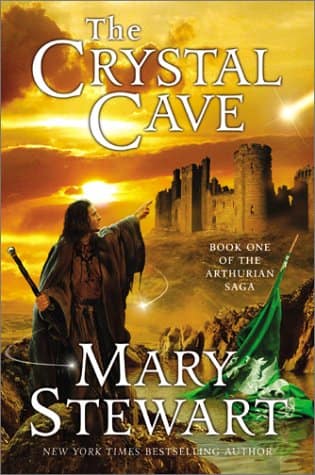 Born the bastard son of a Welsh princess, Myridden Emrys -- or as he would later be known, Merlin -- leads a perilous childhood, haunted by portents and visions. But destiny has great plans for this no-man's-son, taking him from prophesying before the High King Vortigern to the crowning of Uther Pendragon . . . and the conception of Arthur -- king for once and always.

I think I read this ages ago. I think. I have no idea how far I went through the series. I always find Merlin the more interesting character than Arthur, or at least almost always. It starts with Merlin very young. It follows his family and his life. It manages to keep you interested even though you know much of what will happen. I think part of it is the detail applied to the other characters. The cast of this book is mostly people that don’t otherwise get developed. Even Merlin is often neglected in regards to characterization, but here you actually get to see him. Especially this young, he is not a powerful magician but a young man often confounded by the power running through him. There are very few small players in this game. One of my favorite characters is Cadal, who becomes Merlin’s servant. He is the one who is honest with Merlin. He is able to see both Merlin the man filled with power but also the boy that is still overwhelmed and not in control. It begins with Merlin at 6 years old, though it even goes back and covers his conception. It ends with the conception of Arthur with Merlin at the age of 22. Merlin is still young, not yet fully come into his power. The story is told from the perspective of old Merlin, and I think that is why some things are so clear, like the hints of what his downfall will be.