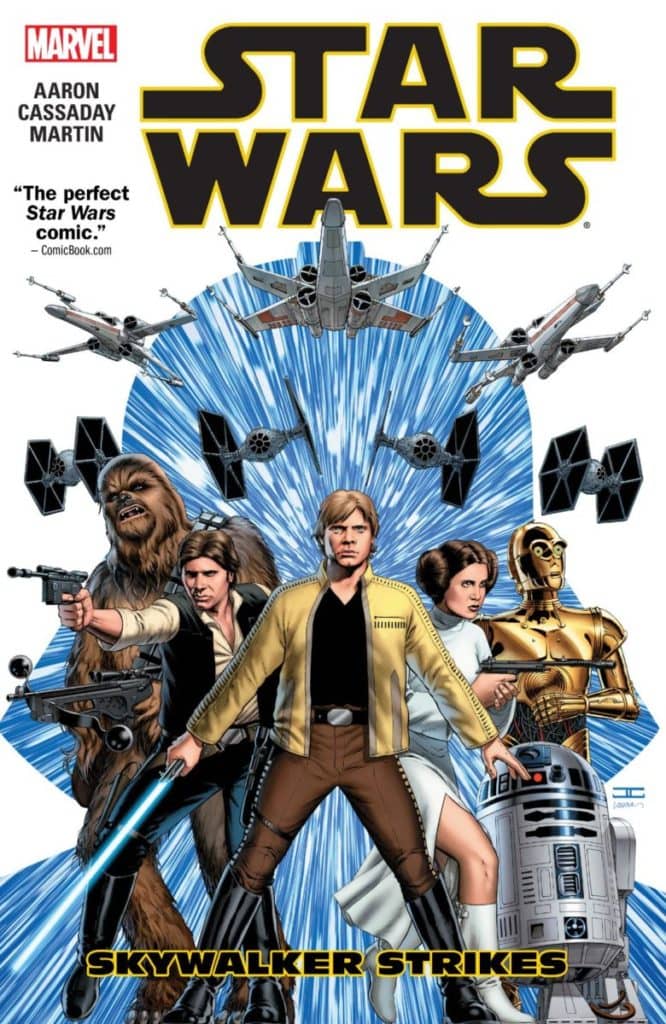 The greatest space adventure of all returns to Marvel!

Luke Skywalker and the ragtag rebel band opposing the Galactic Empire are fresh off their biggest victory so far--the destruction of the massive Death Star. But the Empire's not toppled yet! Join Luke, Princess Leia, Han Solo, Chewbacca, C-3PO, R2-D2 and the rest of the Rebel Alliance as they fight for freedom against the evil of Darth Vader and his master, the Emperor! But when a Rebel assault goes very wrong, Han and Leia will have to think fast to make their escape--while Luke finds himself face-to-face with Darth Vader! In the explosive aftermath, a humbled Luke returns to Tatooine to learn more about his mentor Obi-Wan Kenobi. Meanwhile, Leia and Han undertake a vital--and dangerous--secret mission. But can they succeed without Luke? Plus: the menace of Boba Fett!

What happens after they destroy the first death star? Well of course they go on other missions against the Empire. I like the idea that Darth Vader would have been aware of Luke, curious before their interactions in the second film. I feel like Jason Aaron perfectly picks up the rhythm of the characters. They feel like themselves, but he also doesn’t pull too much word for word from the movies. John Cassaday’s art embodies the familiar faces without trying to recreate. I feel like they were the perfect team for this book. Poor C-3PO doomed to repeat the same fate over and over, but I love him for it. Dear reckless Luke, Han who is sweeter than we’ll ever give him credit for… Leia has just the right amount of sass and they do a good job of implying just enough with Chewie.

There are really sort of two arcs here, the first of which is an infiltration of an Imperial base that gets much messier than expected with some help from Darth Vader. They were impersonating Jabba’s negotiators, the second arc brings us to Tattooine where Darth Vader has come to see Jabba himself.

Tattooine, the back water planet that can’t seem to help but be in the middle of events. Vader is here for the empire. A mysterious stranger is following the path of Han Solo looking for him. Luke Skywalker is looking for answers. Boba Fett is trying to find out an identity. Leia and Han are on their own mission. Some of these paths are bound to overlap, but how is definitely the fun part. I will say there are two reveals at this that I love! There are a lot of places you could start in new cannon but I will admit I am always a sucker for the beginning.