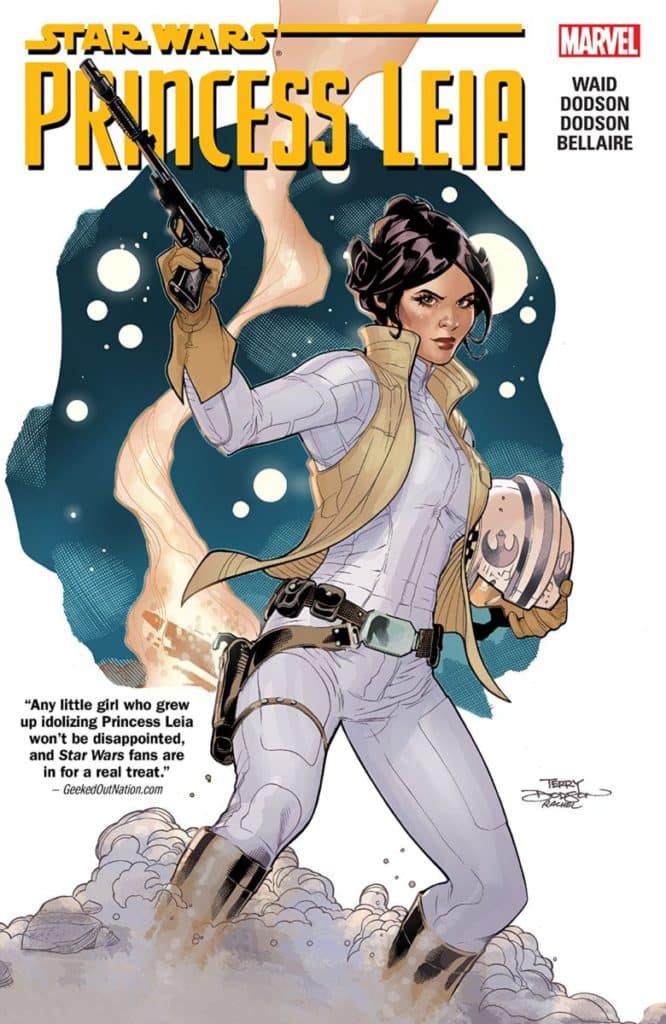 When Princess Leia Organa was captured by the Empire, she never betrayed her convictions - even after the complete destruction of her home world, Alderaan. When her rescue came, Leia grabbed a blaster and joined the fight, escaping back to the Rebel Alliance and helping strike the biggest blow against the Empire - the destruction of the Death Star! But in the aftermath of that victory, the question remains...what is a princess without a world? As Leia comes to grips with her loss, a new mission leads her to the underground world of Sullust. The Empire is rounding up fugitive Alderaanians, and that doesn't sit well with their Princess! But what can one woman do against the Galactic Empire? They're about to find out! Join the galaxy's toughest Princess on a quest to save her people and rebuild her life!

Princess Leia, we all love her. This limited series begins actually during the medal ceremony. I love this series because you get to see more of Leia’s fire. You see some of it in the films, but you see more here. I think more than you even see in the other comics. This is the woman who will become a general. She will not sit idly by. Leia and another Alderaanian, Evaan, face the loss of their home and of their people. Evaan much like Leia is not one to sit idly by. It isn’t mentioned here but Evaan Verlaine is the single Y-wing pilot that survived the destruction of the first Death Star, the only remaining member of Gold Squadron. I really like Evaan. She is smart, even outsmarting Luke. I am hoping she will show up in more stories, even though I know it isn’t terribly likely. You’ll see why…

I also really enjoy the flashbacks to young Leia, something that I always enjoy seeing more of. Really though, this is the story of a rescue mission, but when it is the last of an entire people the weight is so much more. They visit Naboo and it is extra interesting with what Leia doesn’t know yet about her heritage. Nothing of course can be too easy. Leia even gets to recruit a certain smuggler to the rebellion who later appears in Episode VI. The future of Alderaan, that is what she really accomplishes.