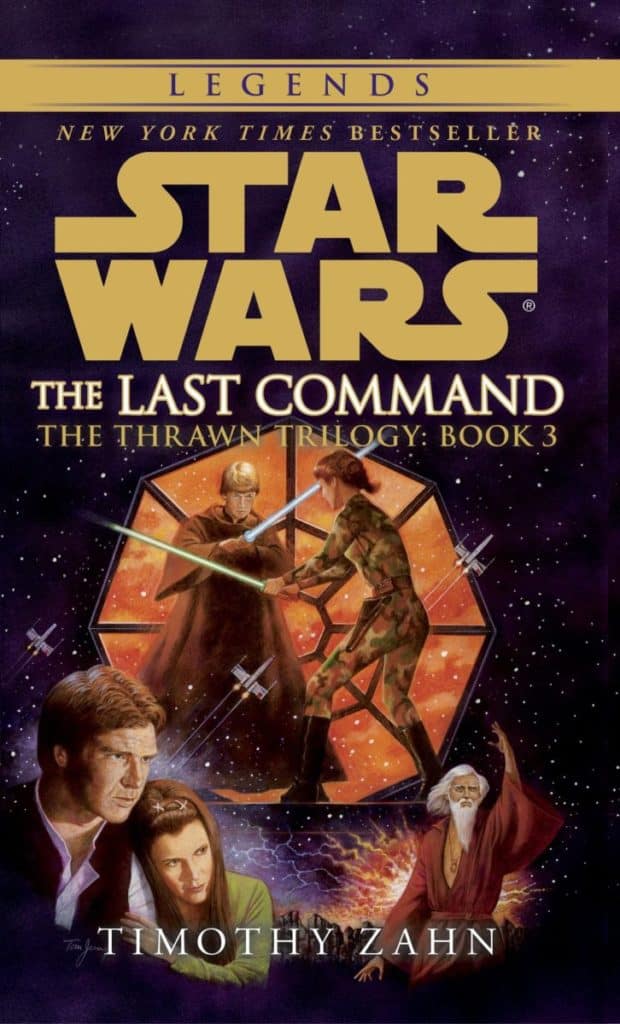 The embattled Republic reels from the attacks of Grand Admiral Thrawn, who has marshaled the remnants of the Imperial forces and driven the Rebels back with an abominable technology recovered from the Emperor's secret fortress: clone soldiers. As Thrawn mounts his final siege, Han and Chewbacca struggle to form a coalition of smugglers for a last-ditch attack against the empire, while Leia holds the Alliance together and prepares for the birth of her Jedi twins. Overwhelmed by the ships and clones at Thrawn's command, the Republic has one last hope--sending a small force, led by Luke Skywalker, into the very stronghold that houses Thrawn's terrible cloning machines. There a final danger awaits, as the Dark Jedi C'baoth directs the battle against the Rebels and builds his strength to finish what he had already started: the destruction of Luke Skywalker.

Features a bonus section following the novel that includes a primer on the Star Wars expanded universe, and over half a dozen excerpts from some of the most popular Star Wars books of the last thirty years!

So many revelations, but especially for Mara. This was the book when I really began to appreciate why people love her so much. Her character growth, internal struggles, are an arc that rivals the main narrative in some ways. While Thrawn is always calculating I think his machinations are best represented in this final build up. Once again my love of this book and this series comes back to the ensemble cast. You have characters like Mara who are additions to our major cast but Karrde, Aves, Rukh… there are so many others that have important roles that they play. I like that important things happen without Luke, Han, Leia, or even Chewie there. This is a universe where the Skywalker family is important but it is bigger than them.

Now I really need to go work on new canon novels, particularly Thrawn! I need to see what Zahn does in new canon.