The Naming by Alison Croggon 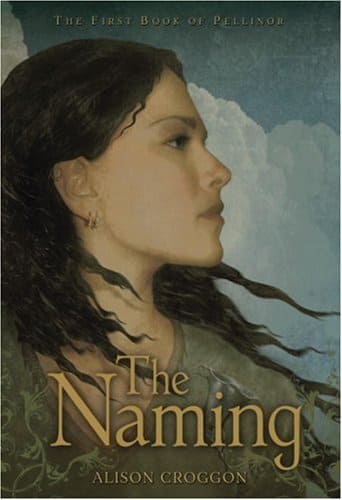 The Naming by Alison Croggon
Series: The Books of Pellinor #1
Format: Paperback

Maerad is a slave in a desperate and unforgiving settlement, taken there as a child after her family is destroyed in war. She is unaware that she possesses a powerful gift, one that marks her as a member of the School of Pellinor. It is only when she is discovered by Cadvan, one of the great Bards of Lirigon, that her true heritage and extraordinary destiny unfold. Now she and her new teacher must survive a journey through a time and place where the forces they battle stem from the deepest recesses of otherworldly terror.

Alison Croggon’s epic fantasy, the first in the Books of Pellinor quartet, is a glittering saga steeped in the rich and complex landscape of Annar, a legendary world ripe for discovery.

Even though all they descriptions include the word “epic.” I was still surprised. I will admit that I feared a YA mockery of epic fantasy. Yet this was something I would have more expected to find alongside Margaret Weis and Tracy Hickman or perhaps Robert Jordan. Though there is something that is still definitely YA about this. I think perhaps it seems out of place because really there are so few YA novels that give homage to Tolkien.

Much of this story hinges on fate. The fate of the world and how it ties to Maerad. Destiny is not necessarily a pleasant thing to write. You have to convince the reader that the character is still interesting, often this involves them resisting the call of fate. I think Maerad has a good balance of resistance but also realizing that to truly resist would simply be selfish. I will admit that I find Cadvan intriguing. I cannot tell how he truly feels about Maerad. I was also a little sad that so many of his secrets were revealed in this volume but I expect there will be more.

This book is also more dense than you might first expect. It may seem just a bit larger than the YA book on the shelf next to it but it has less so the “YA format” and quite a lot happens in this volume. I think that the world building is definitely intriguing. I feel like it could have done without the intro making it sound pseudo historical but perhaps that will come more into play later. I think Dernhil is an interesting way of making the character thoughtful about a great many things early on without overly committing her.

Will I continue reading the series? Honestly I’m not sure. If I do it will probably not be for quite a while but I did enjoy it.