Rapunzel by Sarah Gibb, based on the original story by the Brothers Grimm 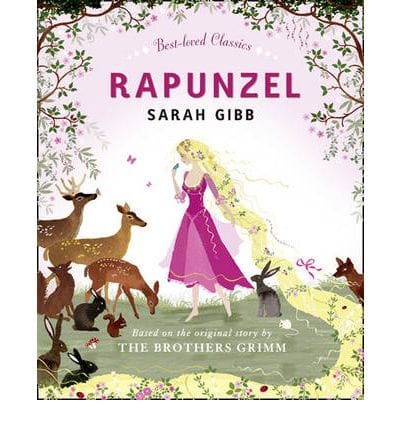 My first post in two months and it is about a picture book that my mother waited in line for an hour to get me at ALA. This is a very pink book, not exactly my usual but the art is just so gorgeous I couldn’t help but want it.  A mix of silhouettes and textures that seem almost tactile make for an elegant impression.  The illustrations are simple enough to draw in the very young but detailed enough to catch the eye of someone of any age.  The style feels very modern but at the same time perfectly represents the classic nature of the tale.

Edit: I looked back at this post and just had to tell a little more about my mother waiting in line to buy this book.  Apparently there was a woman who came up a few minutes before they were supposed to be selling.  Now you have to understand my mother had been standing there for an hour “in line” but it just happened to be a line that consisted only of her.  So she had been talking to the women running the booth.  Well this other woman came up and had apparently promised this book to her small child.  She just assumed she would get what she wanted.  She offered to pay my mother for the book.  My mother didn’t back down and after the woman left the booth ladies congratulated her on not backing down.  Gave her the book and another one.  My Rapunzel was hard fought for.