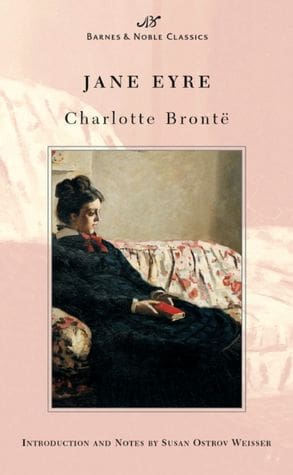 This one took me awhile, but that was mainly due to this little thing called graduating from college. There were several things that surprised me about this book including how much I actually liked Jane and how almost non-existent the incident of the fire was(it was my main previous knowledge of the book). Jane’s life is full of hardships to such a degree that I believe anyone can find something to sympathize with, and yet at the same time Brontë somehow is able to keep her from being this simpering pitiful creature. Jane is surprisingly spunky and admirable. I was under the false impression that this book was a love story and though there is a great love that exists, this book is more a coming of age story. Jane and Mr. Rochester are not exactly your standard heroine and hero, but there is something so irresistibly human about them. I found myself more drawn in to some sections than others but I have a suspicion that the sections would vary per reader, so in a sense this book has a little something for everyone. A great read deserving of its reputation, but I suggest taking it on only when you have the time for it.

(Also see Wide Sargasso Sea by Jean Rhys based on the character of Bertha.)