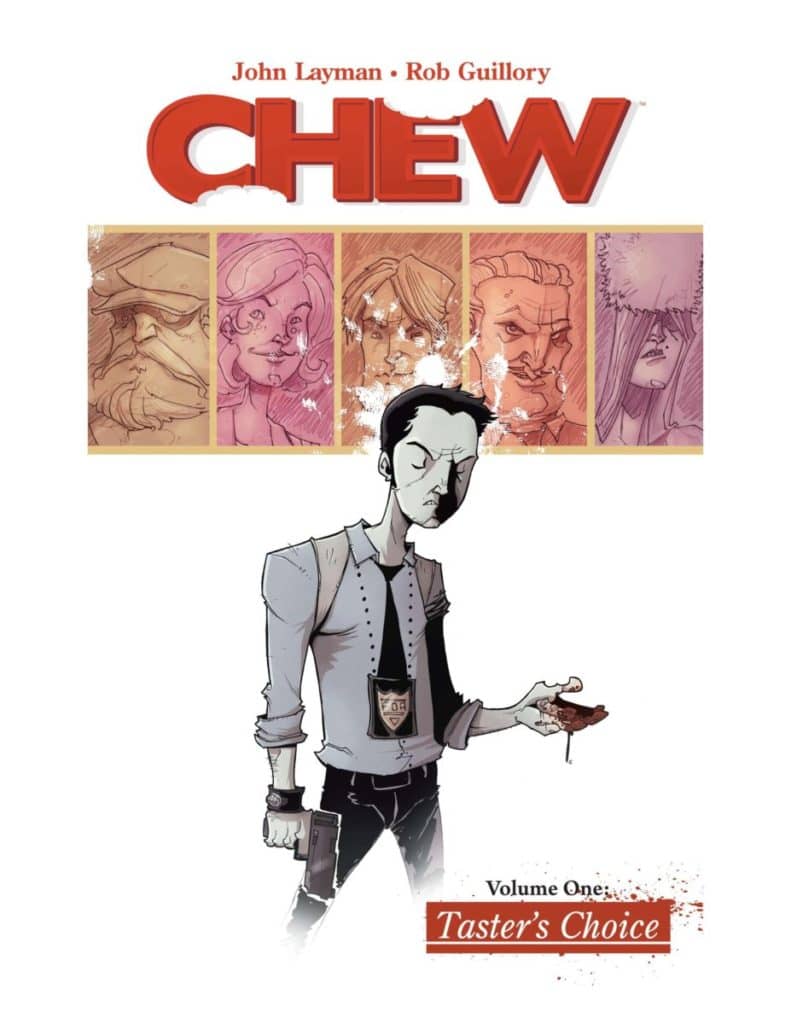 Tony Chu is a detective with a secret. A weird secret. Tony Chu is Cibopathic, which means he gets psychic impressions from whatever he eats. It also means he's a hell of a detective, as long as he doesn't mind nibbling on the corpse of a murder victim to figure out whodunit, and why. He's been brought on by the Special Crimes Division of the FDA, the most powerful law enforcement agency on the planet, to investigate their strangest, sickest, and most bizarre cases.

I love the concept of this. I like just a little bit of magic, a little bit of weird, a skill that is a little past reality. I also really like when things have a cost; Tony’s skill is amazing and powerful but also absolutely disgusting and makes the whole process of eating just awful. I think the name Tony Chu and the title Chew give a good impression of the fact that this book has a definite sense of humor. The art is distinctive but the distinctive flavor definitely seems to suit the characters. Also I love the beets, it’s just too funny. The twists are good, they path laid up to them is good. This series is done. It finished at 12 volumes! So go binge it (Okay, I swear that is my last food pun!)