Brown Bear, Brown Bear, What Do You See? by Bill Martin Jr, pictures by Eric Carle 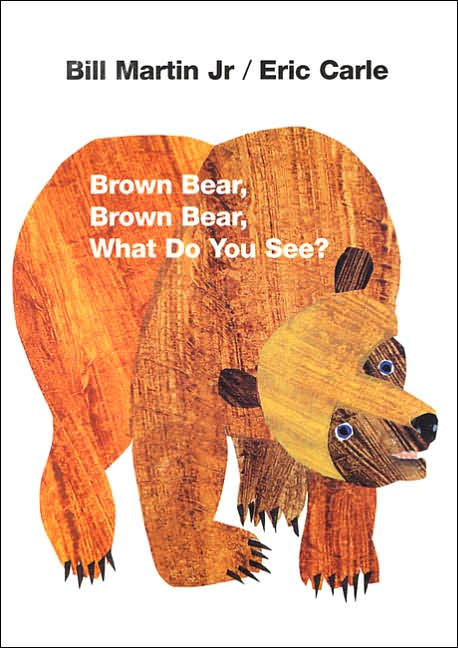 This simple fun book focuses on colors and animals and I can remember it vaguely from when I was a kid though I think I had an edition that came before the new redone brighter pictures (I wish I had the original pictures that they are based on for comparison).  The story is quite simple as each animal is asked what they see and they see the next animal until the goldfish sees the teacher and the teacher sees the children.  There is nothing here to make the book seem dated and I think that is part of why so many books illustrated by Carle last throughout the ages.