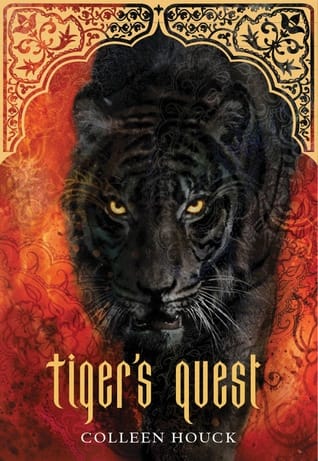 This is a sequel so as usual a disclaimer of unintentional spoilers.

Kelsey is still on her quest to to free the two brothers from their curse.  Once again our story begins in Oregon.  We pick up where we left off with Kelsey trying to give Ren a chance to find himself.  Soon though we are back to the adventure but this time Kelsey is teamed up with Kishan.  Without Ren by her side she is less sure of herself, but she needs to be sure of herself because things are only going to get worse.

First I have to express that my relief of avoiding a love triangle was short lived.  Now I will admit that this is not a traditional love triangle but the fact that it is not feels forced.  I’m not sure how to better explain that.  The fact that the two are not often both present makes it less cliché but it also makes me feel like she is more of a flake.  There is an interesting twist at the end, but at this point the adventure feels overly routine and the focus is on the broken relationships.  These beautiful men are great but you have to develop them beyond that and Kelsey still felt like the same cookie cutter high schooler.

I enjoyed it enough to finish this book, but I almost didn’t.  I still think that the Indian culture is fascinating.  I think that the brothers are fascinating, the mythology.  I love shape shifting tigers and destiny and quests.  Mr. Kadam is a truly fascinating character.   Ironically I think part of the final straw for me was that the last twist in the book I think I have seen it done even better recently.  This story is more about the romantic tension, not even romance.  That sounded harsh, I still think the book is enchanting.  I just don’t think I’m interested in three more.