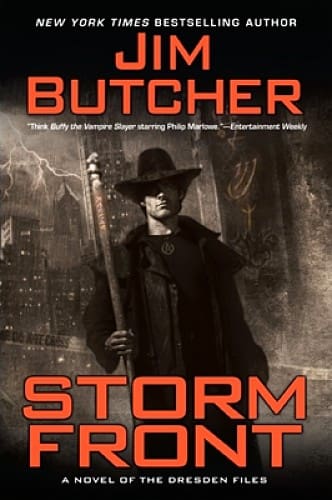 Harry Dresden is a hard man to describe, but Butcher gives you the feeling that you have known Harry forever. Harry is a wizard for hire, not something exactly approved of in the magical world. Not only is Harry quirky and endearing in a stubborn sort of way, but his supporting cast is just as entertaining from Bob the air spirit who lives in a skull to Toot the faery who loves pizza. Not only is Harry the magical equivalent of a starving artist, but he also has Morgan hanging over him as a representative of the White Council. The closest thing to a friend is the tough but adorable female detective Murphy who constantly pulls his ass out of the fire, but Harry simply cannot tell her everything. Wonderfully engaging and in the end it is just another day in the life of Harry Dresden.