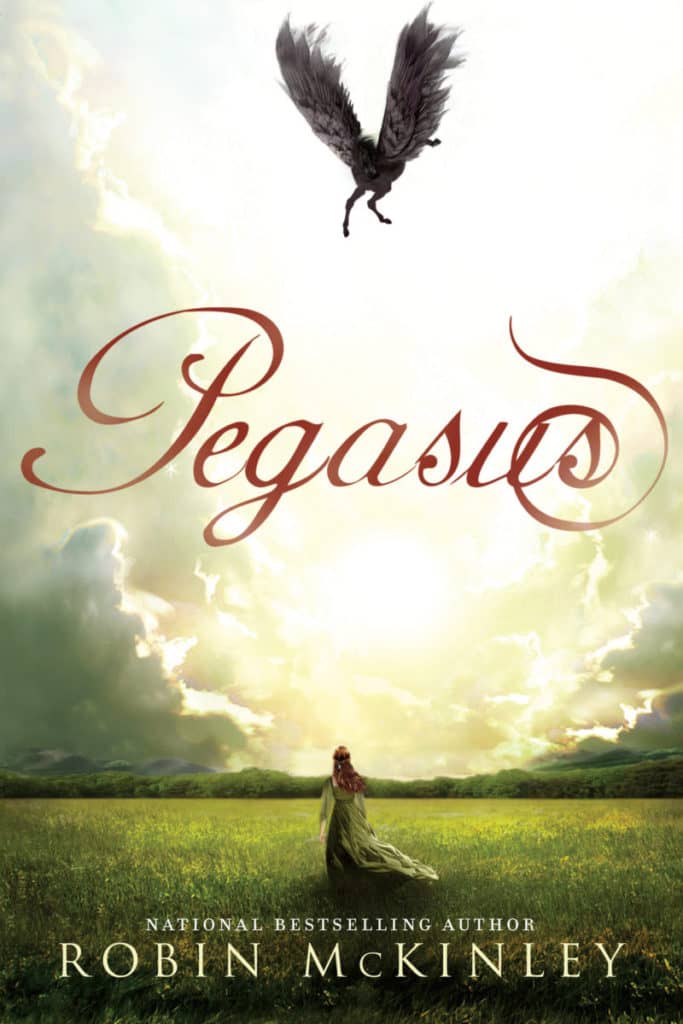 Robin McKinley you are a cruel cruel hell goddess.  A lifetime of stand alone books, Hero and Sword being the only ones truly tied, used to lull us into complacency to make the agony all the more bitter at the finish of Pegasus.  I follow your blog; I knew that there was a sequel, a number 2 not yet out, and yet I somehow FORGOT and as was getting near the end was wondering “How is she going to finish… Oh Crap!”  I nearly crumpled right there.  So yes obviously I loved it.  Okay the humans and the pegasi have had an alliance for a very long time, and they become bound to each other especially in the royal family.  One minor issue – they can’t talk to each other.  Okay yes they have complicated hand signs which don’t work the same cross species and they have magician Speakers who don’t necessarily do their jobs well or even as well as they could but that is the only option until on Sylvi’s 12th birthday when she is to bound to Ebon, they can talk before the ceremony even happens.  This should be an event for celebration except certain magicians are against it, violently so and they see her as the enemy.  Four years pass and they still don’t know why the have this connection or why it scares the magicians…  Once again you will be amazed by McKinley’s ability to drop you into a world and immerse you in such a way that you can easily catch onto not one but two cultures and begin to understand bits of a language nothing like our own.  Once again McKinley shows us a beautiful relationship that crosses the expected borders.  Just as Beauty realizes that Beast is just like her, thus Sylvi realizes that Ebon and the other pegasi are not so different as humans might think.  Maybe I read into it to much, whenever I see conflict in the world I think about the fact that both sides are so similar but they pretend the others are demons except in this case they respect the pegasi but that is all.  My suspicion is that book 2 will be more action, but McKinley does tend to surprise.  Obviously I kept going with interruptions.  Now to hop back to Sunshine and Dragonhaven and try to hold my life together…