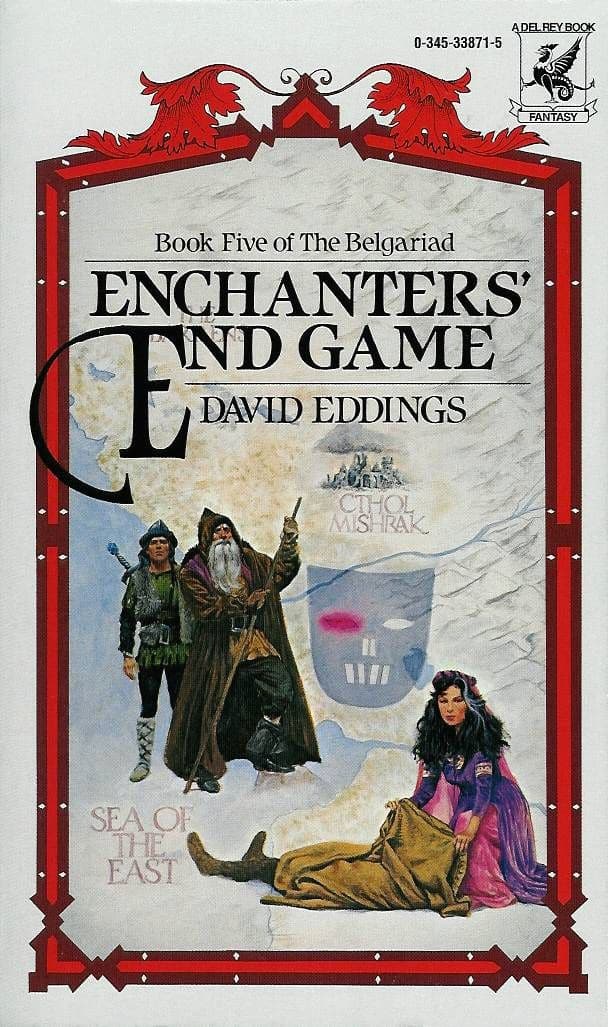 The final book is very different from the first. Instead of only following Garion you also follow Ce’Nedra. The group has been separated and while Garion, Belgarath and Silk travel cross country alone in the style of the earlier books, Ce’Nedra and Polgara and the rest along with all the kings are gathering an army to make it easier for the lone three to pass through dangerous territory. This is no idle adventure, the fate of the world is on their shoulders and no one is safe as old friends and new acquaintances fall in the struggle. This is one of my all time favorite series, a model of classic fantasy. There are also other novels set in the same world, which I have not yet read: Belgarath the Sorcerer, Polgara the Sorceress and another series of five books, The Malloreon.

Castle of Wizardry by David Eddin

Queen of Sorcery by David Eddings

Pawn of Prophecy by David Eddings