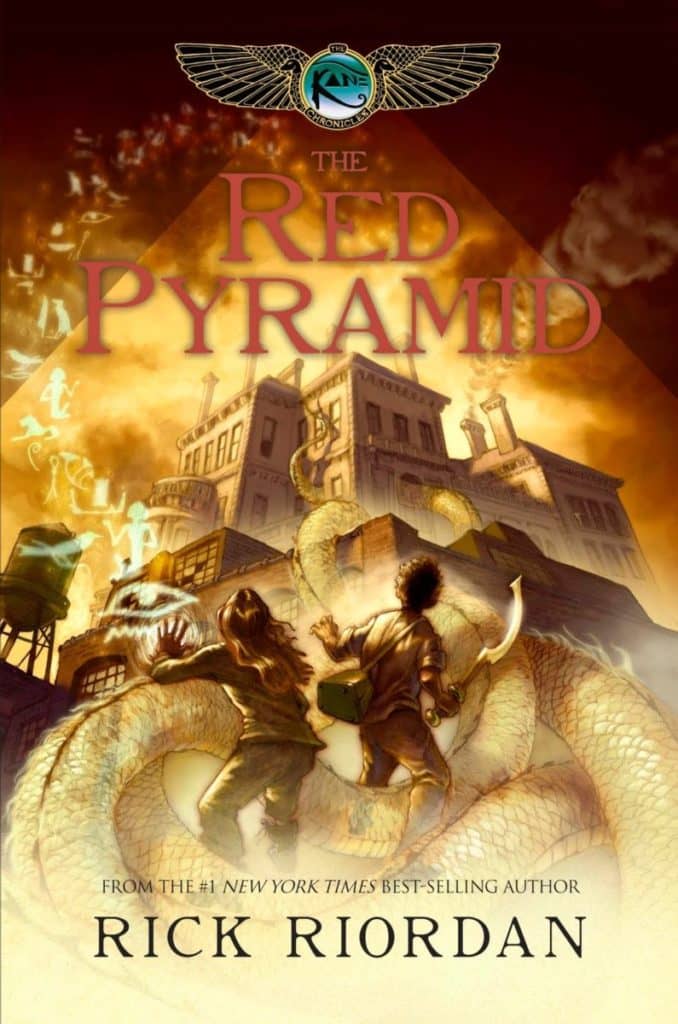 Since their mother's death, Carter and Sadie have become near strangers. While Sadie has lived with her grandparents in London, her brother has traveled the world with their father, the brilliant Egyptologist, Dr. Julius Kane.

One night, Dr. Kane brings the siblings together for a "research experiment" at the British Museum, where he hopes to set things right for his family. Instead, he unleashes the Egyptian god Set, who banishes him to oblivion and forces the children to flee for their lives.

Soon, Sadie and Carter discover that the gods of Egypt are waking, and the worst of them —Set— has his sights on the Kanes. To stop him, the siblings embark on a dangerous journey across the globe - a quest that brings them ever closer to the truth about their family and their links to a secret order that has existed since the time of the pharaohs.

I do love this brother and sister duo and all of the trouble they cause. It is always harder to write a post a second time so I will try to be brief. I really do favor this series. I think it is because the Egyptian mythology is more mysterious to me. Also magic always adds a bit of flair. I like that a support network exists, but the siblings are not part of it, they are excluded and on their own. They are viewed as the bad guys even as they fight the good fight. I suppose that is part of it as well. The lines of what should be and what shouldn’t be are greyer. This series also has a clearer arc. At the end of the first book you know that there is more fighting to come and you even have an idea of the shape that it will take but you do not know how these two will accomplish all that they must.

The Serpent’s Shadow by Rick Riord