The Door in the Wall by Marguerite de Angeli 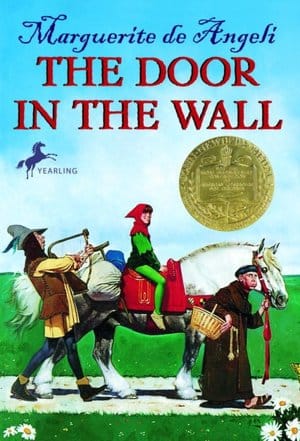 The Door in the Wall by Marguerite de Angeli
Format: Paperback
Goodreads

I’ve noticed I have a penchant for unlikely heroes. Robin is the son of Sir John de Bureford and Lady Maud. He is expected to be a knight someday, but as London is rocked by both the plague and the war his father goes off to war and his mother to serve the queen, but he is left in the care of strangers while waiting for his new liege lord to fetch him. However he takes ill and loses the use of his legs and in the chaos everyone abandons him, but a monk by the name of Brother Luke comes to his aid and teaches him that there are always other doors. When the fear of the plague clears the now skilled Robin goes to serve his liege lord as best he can and in the end Robin Crookshanks is honored by the King for his actions.