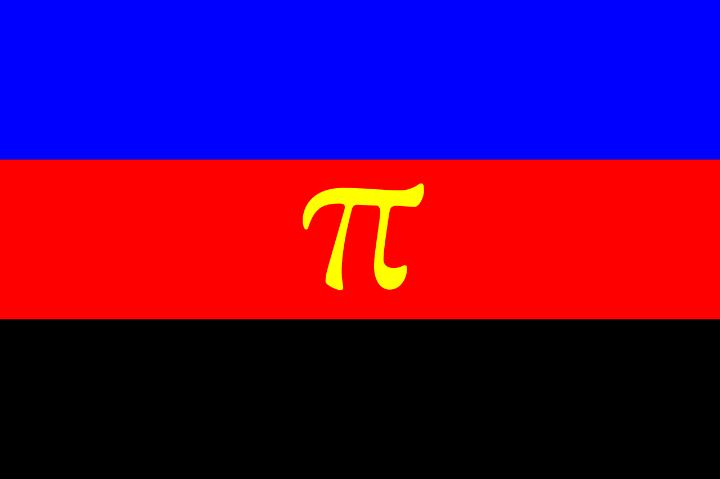 Sometimes I get asked how long I have been polyamorous. Usually I answer that I’ve been actively polyamorous for about 7 years. The end of 2014 is when I started actually pursuing it as a behavior but the switch in my brain clicked before then. I’m not sure exactly when I made the shift from thinking “What???” when it came to nonmonogamy to thinking “Oooooo!” A lot of people I know came into polyamory because they had feelings for someone, which makes sense. I do think my path was easier, getting there conceptually before I was emotionally invested but it’s not really a choice that people get to make consciously.

I never really had the thought that I wanted or needed to be in the closet. You just don’t really think about announcing something like polyamory especially when you are new to it. At first I just wanted to make sure it was for me, but then it just felt easier to stay invisible. When I talked about my partners at work I called them friends. It felt wrong but I was overwhelmed at the idea of trying to explain to people at work the concept of non monogamy. I did the same with my parents. I didn’t have the words yet. I let years pass that way, four years to be exact. It was 2018 when I told my parents about polyamory. I sent them an email, yes I am in incredibly awkward human, but I liked that it let me prepare my words without fear of getting tongue tied. I actually sent the email on November 24th, if I remember correctly I thought about sending it on the 23rd for National Polyamory Day but that was a work day and decided it was better to do it on the weekend for my stress level. Maybe one day I’ll share that email. It’s interesting to look back on it now and think about what I might have said different but I think I did pretty well.

It was a strange period at work. I was the most comfortable I had ever been professionally, but I knew it was about to come to an end. I didn’t come out right away at work. I didn’t want to have to take out an ad in the paper. So I started training myself to shift my language in other situations. Then when I transitioned positions in March of 2019 I went in with the goal of not censoring myself. It was harder than I expected. 4 years of habits are hard to break. I failed more than I would have liked. I also felt like even just talking about my life without really saying polyamory might not be enough. In December of 2019, I decided trying to remove my own ability to hide. I actually bought a print to hang in my cubicle to make it clear. Some people thought I was crazy but it took a weight off my shoulders. Every conversation didn’t feel like a choice anymore. I still try to gauge people’s comfort levels but I get more comfortable in my own skin all the time. Recently I’ve become part of the Equity, Diversity, and Inclusion Committee in my office, the other day we did an activity and in front of my entire office I talked about non monogamy. I vibrated as I spoke. I’ve still always got room to grow.

Sometimes I get asked the question of why I decided to be out as polyamorous. Polyamproud is a group of people trying to design a better flag than the one you see above. It’s a beautiful project. This post from them sort of nicely summarizes part of my choice.

Visibility is a powerful thing. In all different kinds of things we recognize about the power of knowing someone or even just seeing someone from a group different than your own and the humanizing power that has. I knew a lot of people that were afraid to tell anyone they were non monogamous. I knew people that had lost best friends, had child services called on them, knew for a fact they would lose their job. Polyamory, non monogamy these are not protected classes. I don’t remember exactly when or how it hit me. There was one significant moment in 2018 when I saw in a coworker’s twitter bio those 4 letters, “poly” and I immediately came out to them. For the most part it was sort of a gradual realization, much in the same sneaky way as my own polyamory. I realized that I was privileged in so many other ways, that I was fairly secure. I wanted to be able to be my authentic self without having to constantly filter my language and create this false life. I also realized I wanted to contribute to that visibility, for myself but also for others. I wanted to help in the normalization process because I could and some people truly couldn’t. I also wanted to be like that coworker that someone else might see my bios and my posters and realize they aren’t alone. I felt like visibility was something I could contribute to in a meaningful way.

I don’t think everyone should announce their polyamory or non monogamy to the world. I don’t think you need reasons one way or the other. Do what feels right for you, always. This was very much a personal choice for me, but its a choice that brings me euphoria still regularly. I’m glad I can share that joy with you.