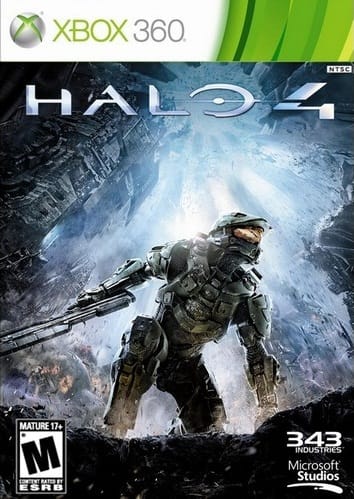 I was somewhat of a latecomer to the Halo series.  I started on Halo 2 back in the days of the Xbox and soon my house became a hub of regular LAN parties, and yes my parents participated.  I fell out of the loop for a while in college because I didn’t really play with that core group anymore.  I came into Reach for example but it was as Ben and his friends were stopping.  So I kept wavering on how excited I was about this release, while I consider myself a Halo fan I hadn’t actually been much of one.

We went to the midnight release and honestly I could gush about the feeling of diving back into this series about as much as I could gush about my favorite book.  First order of business, Ben and I co-oped the campaign on Legendary.  Well that was immediately after Ben giving me the refresher on the story in ALL the other games because I was feeling rusty.  It was challenging but it helps when you co-op with a beast.  Though really there is nothing in the world that makes me happier than Grunt Birthday Party. (We are a little sad that you can’t turn it on for Spartan Ops.  We have it on so often we kept thinking we were missing because there was no confetti.)  The story was impressive, the graphics are awesome.  Truly I was gleeful.

Though Spartan Ops doesn’t have Grunt Birthday Party I still think it is a really cool addition.  It is definitely tougher without a partner but I like the further development of the story line outside of John’s direct interactions.  I like being able to see a little more of the world and other people and the graphics for the episodes are also excellent.  I think the weekly release is a smart way to keep us engaged and it is a good way to kill more Covenant and Promethean bad guys without having to replay the campaign.

As far as Multiplayer, back in those Halo 2 days we were pretty much exclusively Slayer LAN parties.  I’m sure I tried other things but all I can remember is I loved Slayer and hated Juggernaut.  Now I definitely have a much broader range of tastes.  I think it is more a change in me then a change in Halo.  Sometimes in the past we have had a full squad for things like Capture the Flag, but even without I enjoy all the game types now, except Regicide.  There are some that I like more than others of course.

Overall: It is really scary when something we love switches hands *cough*Star Wars*cough* but I think the Halo series looks like it is in good hands with 343.