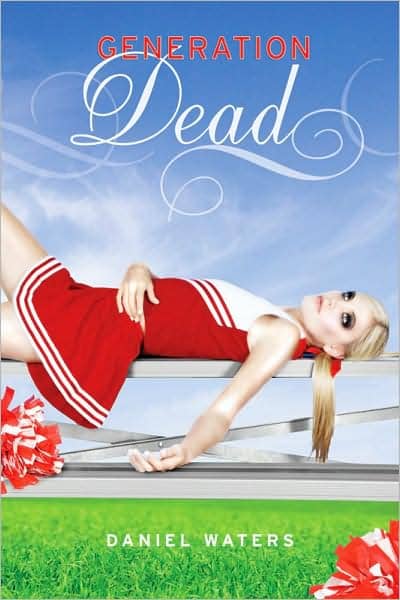 I know you’re supposed to put the bad in the middle of good, but it’s nagging at me so I must start there.  In the beginning… all zombies were flawless.  Okay I will go along with this for Karen and Colette but Tommy I think would have some damage.  I told myself okay so the ones who try to mix with normal people have the least damage, that makes sense.  However when you’re in the large group and Tak, the one armed girl and the burned girl are the only ones noticed it seems like wow all these teenagers must have died in their sleep or something!  Dallas Jones was shot close range with a shot gun, but when they discuss the video there is no mention of the fact that he is probably grotesque.  This book gets a lot of praise for the fact that it is about human rights with the unique backdrop of zombies, but I feel like sure you can have a good message but you still have to stick to your base.  I mean yes, we do live in a world where vampires now glitter but do you really expect me to believe that all of these teenagers die in ways that don’t affect their visible parts?  Okay, my rant is done.

I thought it was a pretty interesting concept.  I feel like Waters tried a little to hard to put as much setup into this book as possible leaving real things to happen in the sequels.  We get lots of questions, but no answers and the ending is just an additional cliff hanger.  The characters are pretty well developed though they don’t really resemble any high schoolers I knew (probably yet another reason I love the vehicle of fantasy – they don’t have to seem like average high schoolers).  I’m not really sure what I would say the major plot line was.  Most of what I thought might end up being were actually the beginnings of sub plots and other things that will apparently carry through the series.

It was well written.  It was enjoyable for the most part.  It just fell flat for me.