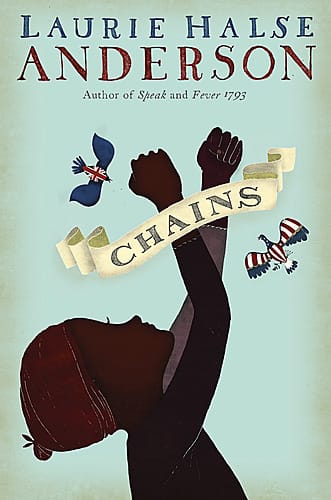 First things first I do think this one got talked up a bit much.  It was good, but I didn’t feel quite as wowed as I expected to be.  Don’t get me wrong it is very good.  I’ve just heard too much about it.  Alot of times having to keep up with the dates for things can be confusing but this is sequential enough that you never lose your place it just helps you get an overall sense of the pace of things personally and historically.  I absolutely love the use of the quotes from actual historical documents, how they are picked to reflect what is currently happening.  They are enough to give the historical flavor without being distracting.  Isabel is a fierce young woman.  I love the portrayal of people like Lady Seymour and Colonel Regan who mean well but aren’t willing to go all the way.  In so many portrayals of slavery there are only 2 types of white people, those who love slavery and those who are completely against it, but like everything else in reality it was much more of a spectrum much like the citizens of New York unable to decide if they are Patriots or Loyalists.  That doesn’t make the slavery any less wrong but it is a much more realistic portrayal than you usually see.  Okay I understand that the world is unfairly biased against the series as far as things like best seller lists, etc.  However are we really ever going to change that if novels like this insist on keeping people in the dark about a planned trilogy.  Then it is hard to even find reference to them as a trilogy but rather there is going to be a “follow up” (I know Forge is out now I’m just looking at how it was).  Maybe that is why people are refusing to name the series anymore and I am left avoiding terrible sentences like Chains is the first book in the Chains set of follow ups.