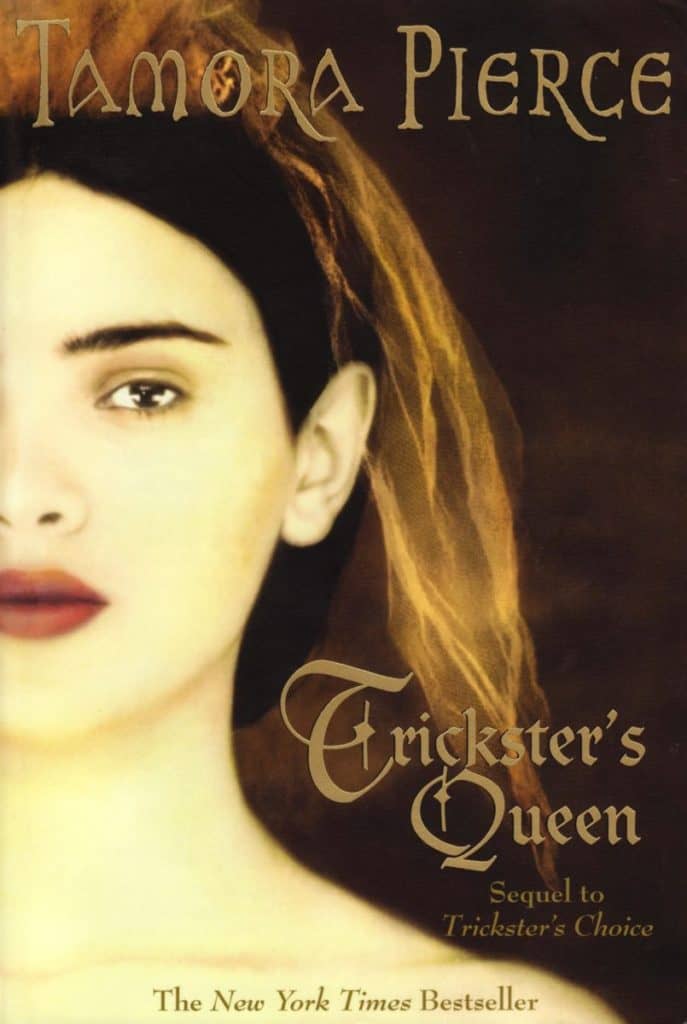 Fantasy books get a bad rep because people don’t realize that it is the world that is fantasy and there can still be plenty of harsh realities.  Aly has stayed in the Isles to support the interests of Kyprioth but really she is there for the Balitangs and the raka.  An integral part of the rebellion no one knows her true identity but it is the reason she is able to work so hard for them not the Trickster’s touch.  I think Pierce’s later books definitely have more depth, but I was a little frustrated that tough decisions that have been looming the entire book end up being solved without the people we back ever having to make the decisions.  I love Nawat, but honestly even further developed in this volume he is two dimensional in contrast to other of Pierce’s leading men.  I absolutely adore this set.  Part of me is left feeling that it is over all too soon.  I get nit picky because I can’t think of what to say other than gushing love for this little two book series.