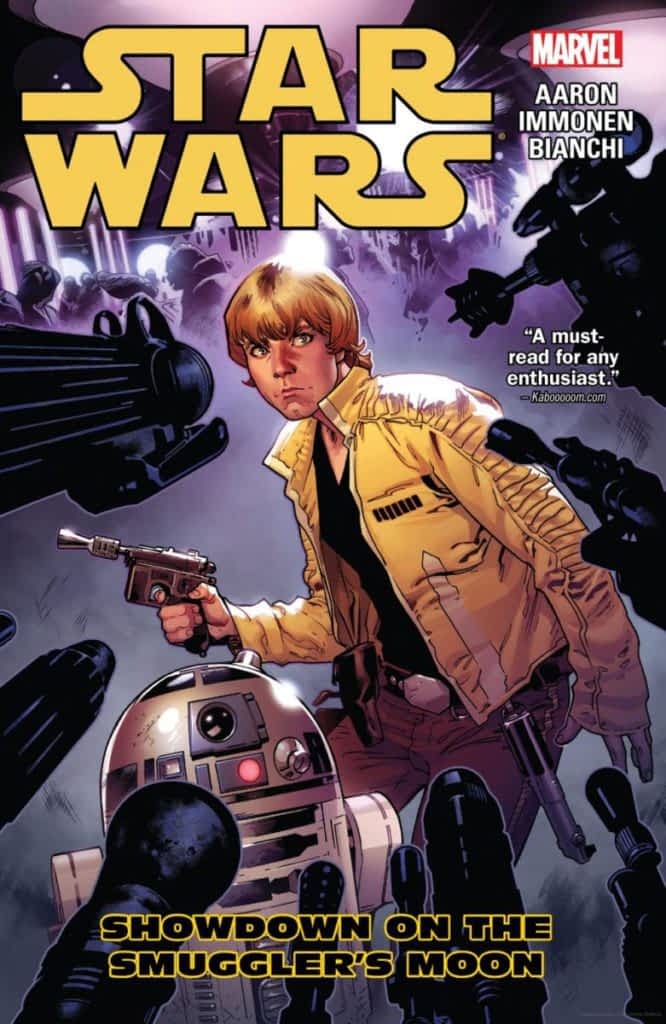 Injustice reigns on Tatooine as villainous scum run rampant. Will Ben Kenobi risk revealing himself to do what's right? Then, Luke continues his quest to learn about the Jedi by heading for the Jedi Temple on Coruscant. Plus: Han & Leia are confronted by an unexpected foe from Han's past!

The interesting thing about an ongoing series like this is that it isn’t all linear. (Listen I’ve only been reading comics for 3 years, this was something that I probably didn’t realize until these issues started coming out. I tend to be a bit literal.) We start with Obi-Wan on Tattooine, a period that it has always been difficult for me to imagine. It takes time to go from war hero to crazy hermit. He wasn’t an old man yet. He was trying to figure out how to navigate his new role and find a balance. It also gives us a glimpse of child Luke. Obi-Wan and Luke had so little time together but the journals are a good way to make up for some of that.

After that one issue we go back to the “present” and the dealing with Grakkus on Nar Shaddaa. I’ve seen others mock the other Hutts but I like to see the variety and I like that they all tend to be eccentric in different ways.  In some ways it is appropriate to review this at the same time as Lando because the Emperor is the keeper of Sith lore and Grakkus is the odd keeper of Jedi lore.

Chewie and Threepio are definitely the team up that will always be but probably should never have been. We also pick up with Sana, Han, and Leia which is definitely a source of some bemusement. Everyone is definitely in different kinds of trouble. We even get to see a certain bounty hunter, no, not that one. One of my favorite moments in this series happens here. It is terribly silly and I won’t spoil it but it involves four lightsabers.

This arc has actually been referenced a lot by the general nerd public because Luke is referred to several times as the last Jedi. I continually love the art in this series and I think part of it is that there is fantastic texture. There are a lot of interesting factors introduced here for sure.