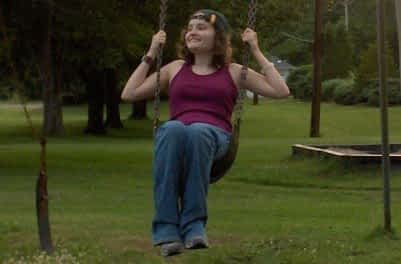 Even with periods of extreme inconsistency that still feels like a serious accomplishment. The main thing that comes to mind older is my friendship with one of my best friends, that’s 16 years and in just two years our friendship will be an adult and exactly half of our lives. This teenage blog has come a long way.

This started as a book blog on Blogger. I had spent the summer of 2007 working at Berkshire Theatre Festival. I met amazing people. Some I’m still friends with. Mostly harassing each other from a distance. I was a Stage Management Intern. Also known as a smintern. I thought I would spend the rest of my life in rehearsal halls, backstages, and lighting booths. I worked with true professionals. I think I mostly resisted being star struck, but I still tell anyone that will listen that Linda Hamilton is about the sweetest human you can work with. I still have a piece of her heart in a box upstairs. The other thing I did that summer was read. I read a lot. I’d always read a lot but the fiction of choice that summer was the Song of Ice and Fire by George R.R. Martin. There were four books at the time, hilariously the count 14 years later has only reached 5.

These books don’t have posts. I read them months before I started the blog but the minute detail Martin uses made me want something where I could write about the books I read to help me remember them. For later books, for people asking, and just for my own sentimental soul, I wanted a better record. Ironically I quickly realized I didn’t want to give spoilers so the blog only served so well as a memory device, but it did serve to help reinvigorate the feelings a book gave me. I also enjoyed the challenge, how to exude the feelings a book gave me but without spoilers. Sometimes I definitely did better than others.

I go through old posts in much the same way that I run my hand along my bookshelf. I’m visiting old friends. I’ve said this before but it’s been an odd journey. I became a comic nerd and they just don’t lend themselves the same neat way. I’ve got ideas, now all I need is time and I hope you’ll stick around. For now though, go get on a swing set with 2007 Stephanie. I can remember the cool Massachusetts breeze on my face.